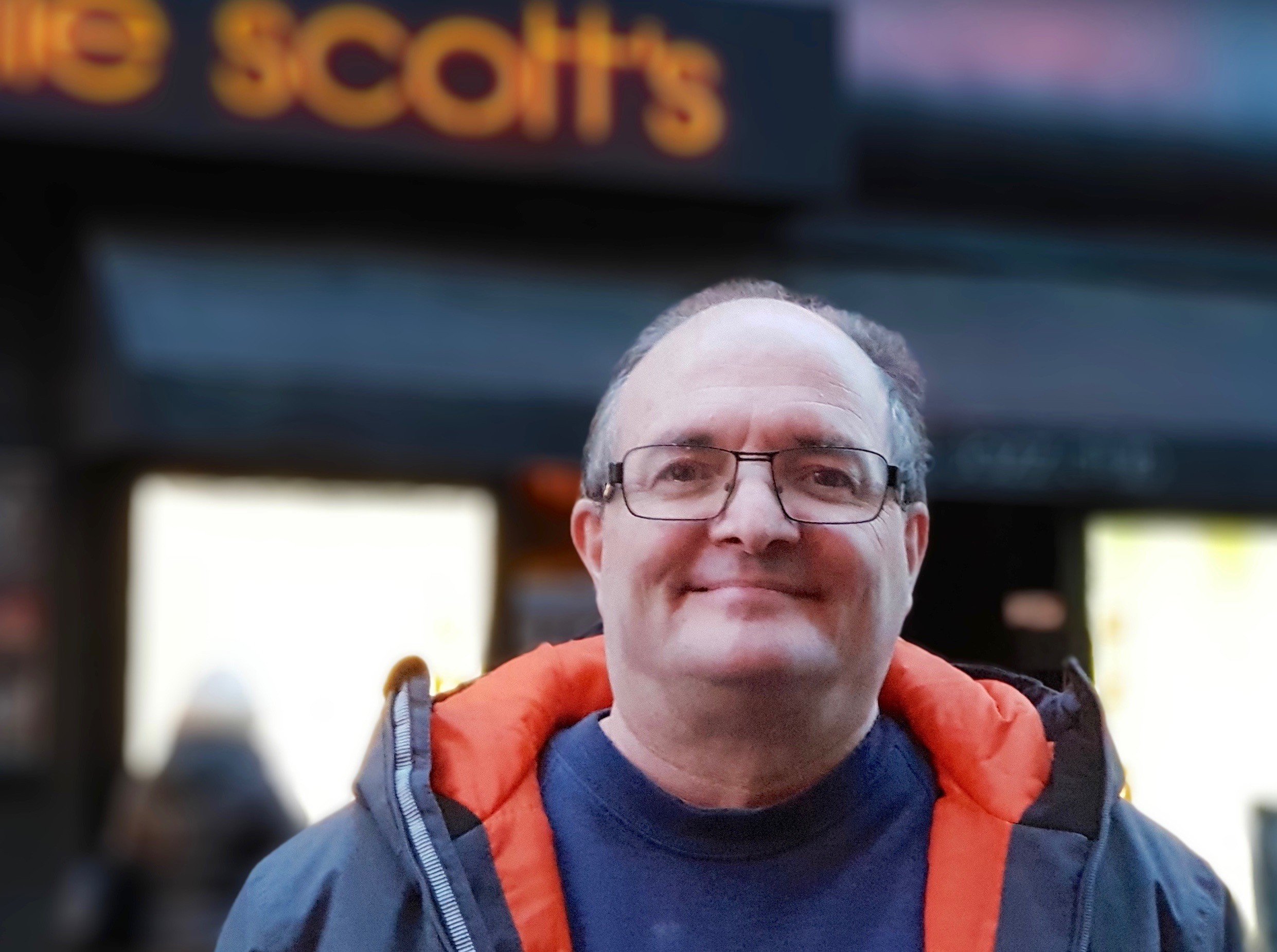 A partner in leading soul and jazz specialist retailer, Soul Brother Records in London, I also wrote a jazz column for both Blues And Soul and (Black) Echoes.

Welcome to my first blog.  I hope you will find these contributions informative, fun and entertaining.    Firstly, just a little about myself. I’ll be upfront.  I am neither a musician (can’t read or write a note), DJ, Jazz historian or full-time journalist. A partner in a record shop, Soul Brother Records, I also wrote a Jazz column for two UK based music magazines for over ten years.  More than anything, I only profess to be a lover of Jazz or certain of its forms at least.  Hopefully, that love will become apparent through these blogs.  My opinions and views are just that and I make no bones, my writing will be highly subjective. I do not aim for objectivity; these few words reflect my passion, though I will endeavour to be accurate when it comes to factual details.

At present, I am researching a book that reflects one of my great loves – Blue Note Records and I am tasking myself to listen to all that great label’s music – a huge endeavour, that has to date taken over 2 years.  I still feel I am only scratching at the surface, especially when it comes to those artists whose light flickered only briefly.

On the other hand, I don’t want to ignore the greats.  At present, I am listening to a lot of Lee Morgan, who I consider one of the giants of Jazz trumpet and certainly a great.  I have been paying special attention to some of his lesser known albums and have fallen deeply in love with one in particular ‘Tom Cat’.  Indeed, I have played this album many times over the past couple of months and more than any other record.

‘Tom Cat’ was recorded on 11th August 1964.  It was released eventually in 1980, almost a decade after Lee’s death.   Reading about his life, Lee seems to have been the archetypal Jazz musician. Prestigious talent, playing with legends at an early age – in his case eighteen with Dizzy Gillespie and then with Art Blakey’s Jazz Messengers, periodic and devastating heroin addiction, and early death.  He was only 33, when his long-term girlfriend shot him at Slugs night club in 1972.

Back to ‘Tom Cat’.  It and its immediate predecessor ‘Search For The New Land’ were shelved after the unexpected chart success of Morgan’s ‘The Sidewinder’, which sold in copious amounts, well, at least for a Jazz album.  The title song, also a successful single, is a stomping piece of Soul Jazz with Boogaloo overtones and became Blue Note’s biggest hit to date, in part due to its use in a Chrysler commercial and consequent media exposure.   It is safe to say that the success of ‘The Sidewinder’ saved the label’s bacon, just as organist Jimmy Smith had a decade earlier.

The label and its distributor demanded something along the same lines as a follow-up and Blue Note promptly put Morgan back in the studio, where he produced a fine Soul Jazz set entitled ‘The Rumproller’.   Morgan had already recorded ‘Search For The New Land’, a brilliant recording in its own right …  and then ‘Tom Cat’. ‘Search For The New Land’ was released a couple of years later in 1966.   Highly regarded as one of, if not, the finest of Morgan’s and Blue Note’s LPs, it was more adventurous than both ‘The Sidewinder’ and ‘The Rumproller’ or ‘Tom Cat’ for that matter.  This album warrants a blog all of its own.  ‘Search For The New Land’ pre-empted the new ‘Spiritual’ style of Jazz that was to follow in the late 60’s and early 70’s.  ‘Tom Cat’ is more traditional, mainstream if you like, Hard Bop and typifies what became known as the Blue Note sound.

The quality of the grooves and the melodies that adorn ‘Tom Cat’ are outstanding.   There are two tracks that stand out especially.  Firstly, ‘Twice Around’ which alternates tempos and has a melody that, to these ears, possesses elements of Celtic music – it is almost an Irish and Scottish jig.  ‘Exotique’ is just that and it bubbles with its Middle Eastern flavoured opening, before exploding into a fast, Hard Bop vamp.  Lee’s solo is exuberant and verging on lung busting – a feature of most of his albums.  Both were composed by Morgan himself as were the other two up-tempo pieces.

The whole album is jet propelled by Art Blakey’s thunderous drums.  A force of nature, Art’s rimshots and drum rolls sound like the musical equivalent of a tsunami.  By 1964, Blakey rarely accepted sideman invitations so his presence is something of an unexpected treat and testament to the respect in which he held Lee Morgan.

This sextet features a powerful line-up, not least in the horn section, whose inter-play is one of the album’s features.  Jackie McLean stars on alto sax and reminds me that despite his heavy involvement in the new, ‘free’ Jazz, he could still bop with the best.  Trombonist Curtis Fuller completes the horns with his rich soulful solos. Like Morgan, the other horn players had featured in the Jazz Messengers, although not all three together at any one time.  Not that you could tell from ‘Tom Cat’.  McCoy Tyner plays piano as only he can, bringing something of the style he developed whilst in John Coltrane’s ground breaking, classic quartet.   Bassist Bob Cranshaw completes the sextet and adds an admirable rhythmic tapestry for the soloists.

I am constantly amazed at the quality of music that Blue Note recorded, including sessions such as ‘Tom Cat’ that were unreleased at the time.  How did it slip through the net?   May be, by the late sixties, when a window for its release might have become available, the classic Blue Note sound was passé.  By then, Blue Note had been sold to Liberty Records and Jazz was commercially in decline (prior to the Fusion explosion).   Along with many other great sessions, however, ‘Tom Cat’ provided a veritable gold mine for archivists like Michael Cuscina who produced it, alongside countless other gems, for reissue in 1980 and to whom aficionados such as myself owe a great debt of gratitude.   But not as great as the one to Lee Morgan.