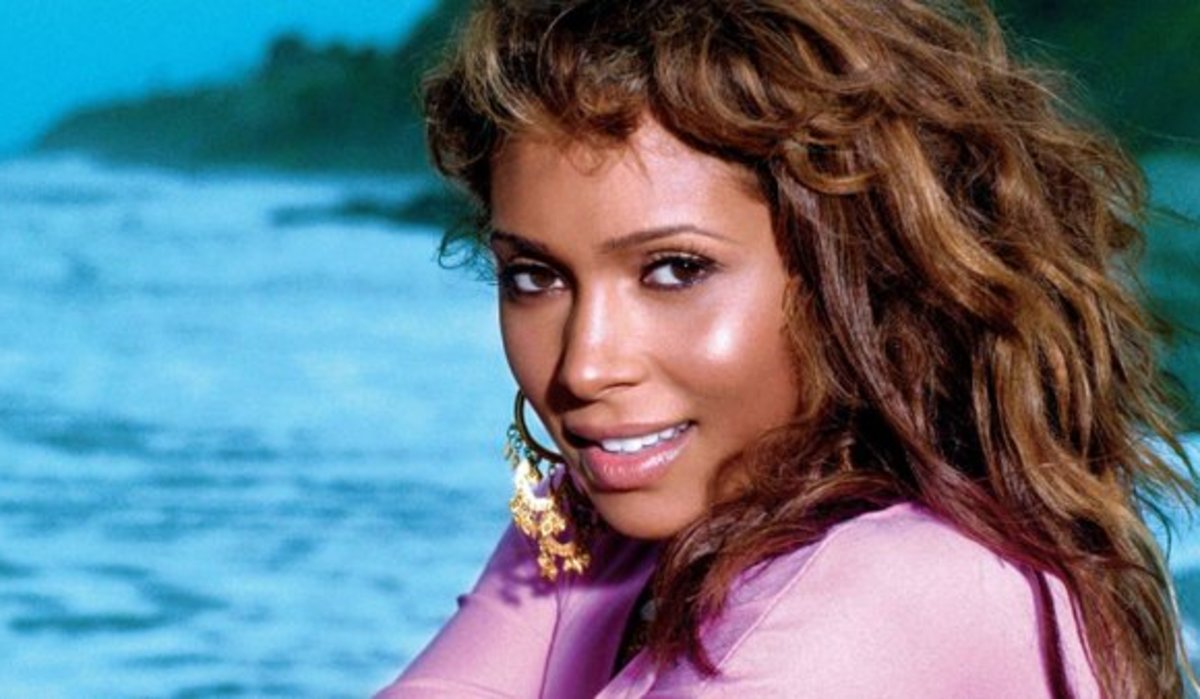 Tamia Marilyn Hill (; born May 9, 1975) is a Canadian singer and songwriter. She is best known for her first Top 40 hit on the R&B charts "You Put a Move on My Heart", her 2001 hit "Stranger in My House", Fabolous' 2003 hit "Into You" (which samples her 1998 song "So into You"), sleeper hit "Officially Missing You", her 2006 hit "Me", and her 2012 hit "Beautiful Surprise". With a career spanning over two decades, she has garnered six career Grammy nominations for her musical work.

Tamia Marilyn Hill (née Washington) was born and raised in Windsor, Ontario with her mother Barbara, and three younger brothers Tiras, Tajhee, and Trajan. Aside from the music she heard and sang at church, Tamia was exposed to diverse music from an early age by her mother. Singing was always her passion. As early as age six, she was on stage singing at the local church, and by age 12, had already been involved in several musicals which helped hone her musical skills.

Tamia studied piano and voice with renowned Windsor musician, Eugene Davis, who was also instrumental in encouraging her to pursue her vocal passion. It was not long before the gifted young singer began receiving recognition for her talent. Her mother and Godmother decided that the arts program at Walkerville Collegiate Institute in Windsor would best suit Tamia's musical talent.

Along with attending high school at Walkerville, she made several appearances in local theater and choral concerts before winning Canada's prestigious YTV Vocal Achievement Award in 1993. Tamia, who has an African American mother and a white father, told Mic Check that she "had the best of both worlds," and added "that she's related to most of the black people in Windsor…. My family comes in all shades from really light to very dark."

In early-to-mid 1995, Tamia began recording her eponymous debut album, with production from the likes of Mario Winans, Jermaine Dupri, Tim & Bob, as well as additional help from Quincy Jones. The album's first single, "You Put a Move on My Heart", a cover of the 1993 song by British singer Mica Paris, was released on December 2, 1995, which was produced by Quincy Jones, off of his Q's Jook Joint album, charted at number 98 on the Billboard Hot 100, and became Tamia's first Top 40 hit on the R&B charts, peaking at #12. Another single, "Slow Jams" which was co-written by American singer-songwriter Kenneth "Babyface" Edmonds, features Barry White, and Babyface himself. The single also appeared on Q's Jook Joint, and appeared at #68 on the Billboard Hot 100 and at #19 on the R&B charts, becoming her second Top 40 R&B hit.

In the second quarter of 1996, Tamia collaborated with American singers Gladys Knight, Brandy, and Chaka Khan for the single, "Missing You", which was featured in the 1996 blockbuster film, Set It Off, and released in August of that year, the single peaked at #10 on the Hot R&B/Hip-Hop Songs, and at #25 on the Billboard Hot 100, becoming her first Top 40 single and third Top 40 R&B hit overall. By late 1996, Tamia had received three Grammy Award nominations.

In June 1997, Tamia made her film debut as Sheri Silver in the action-thriller Speed 2: Cruise Control. Playing the cruise liner's musical entertainer, she performed the Diane Warren-penned single "Make Tonight Beautiful", which was released as part of the film's soundtrack. She has also appeared in other TV sitcoms, including Rock Me Baby and an episode of Kenan and Kel.

Tamia released her third studio album, More, on April 6, 2004 in the United States. It debuted at number seventeen on the Billboard 200 and at number four on the Billboard R&B Albums Chart, going gold by the RIAA, for shipping over 500,000 units in North America. The lead single "Into You", a collaboration with rapper Fabolous, sampled the chorus from Tamia's "So Into You", a song from her self-titled debut album. The song soared to number four on the Hot 100 and to the top of the Billboard R&B chart.

In 2005, Tamia split from Elektra Records, and created her own record label, Plus One Music Group. The first record to be released on the company was her fourth studio album Between Friends. First released on South African independent label Gallo Records in May 2006, it was later distributed by Image Entertainment in the United States. Entirely produced by Shep Crawford, with additional production from Rodney Jerkins, it reached number nine on the Billboard Top R&B/Hip-Hop Albums chart. Its first two singles, "Can't Get Enough" and "Me", both reached the top 30 on the Hot R&B/Hip-Hop Songs chart.

In November 2009, a great hits compilation was released in South Africa. The same year, Tamia announced that she was working with longtime contributor Shep Crawford to form a supergroup called TDK along with singers Kelly Price and Deborah Cox. Their joint album The Queen Project failed to materialize however due timing issues and label politics.

In August 2012, Tamia's fifth studio Beautiful Surprise was released on Plus One Music and EMI. The singer worked with a vast of different producers on the album, including Chuck Harmony, The Runners, and Carvin & Ivan. Upon its released, it debuted 23 on the Billboard 200 and number six on the Top R&B/Hip-Hop Albums chart with first week sales of 41,521 copies. Lead single "Beautiful Surprise", written by Claude Kelly, Salaam Remi and the herself peaked at number 24 on the Hot R&B/Hip-Hop Songs chart, and was later nominated for Best R&B Song at the 55th Annual Grammy Awards. In support of the album, Tamia went on tour with R. Kelly during his The Single Ladies tour from October until December 2012.

In August 2014, Tamia signed with Def Jam Recordings, marking her return to major label ranks. Love Life, her sixth album, was completed in ten days and released on June 9, 2015 in the United States in collaboration with her own label, Plus One Music Group. A departure from her previous independent projects, she worked with a wider range of high-profile producers on its songs, including Oak Felder and Pop Wansel from duo Pop & Oak as well as frequent collaborators Christopher "Tricky" Stewart and The-Dream. Love Lifeearned generally favorable reviews from critics, who summed it as "grown-up, worn-in R&B at its finest," and debuted at number 24 on the US Billboard 200, selling 16,000 copies in the week ending June 14, 2015. It also debuted on top of Billboard's Top R&B Albums chart and at number two on the Top R&B/Hip-Hop Albums chart, becoming Tamia's highest-charting album ever on both charts, and spawned three singles, including lead single "Sandwich and a Soda."

In April 2018, Tamia released "Leave It Smokin'", the Salaam Remi-produced lead single from her seventh album Passion Like Fire, which is scheduled to be released in fall 2018 through independent record label eOne and 21 Entertainment Group.

In 2003, Extra announced that Tamia had been diagnosed with multiple sclerosis. In an interview with Smooth magazine, Tamia reported that the disease is seemingly in remission and that she has occasional but controllable symptoms.

To learn more about the artist, please visit
https://en.wikipedia.org/wiki/Tamia
Back