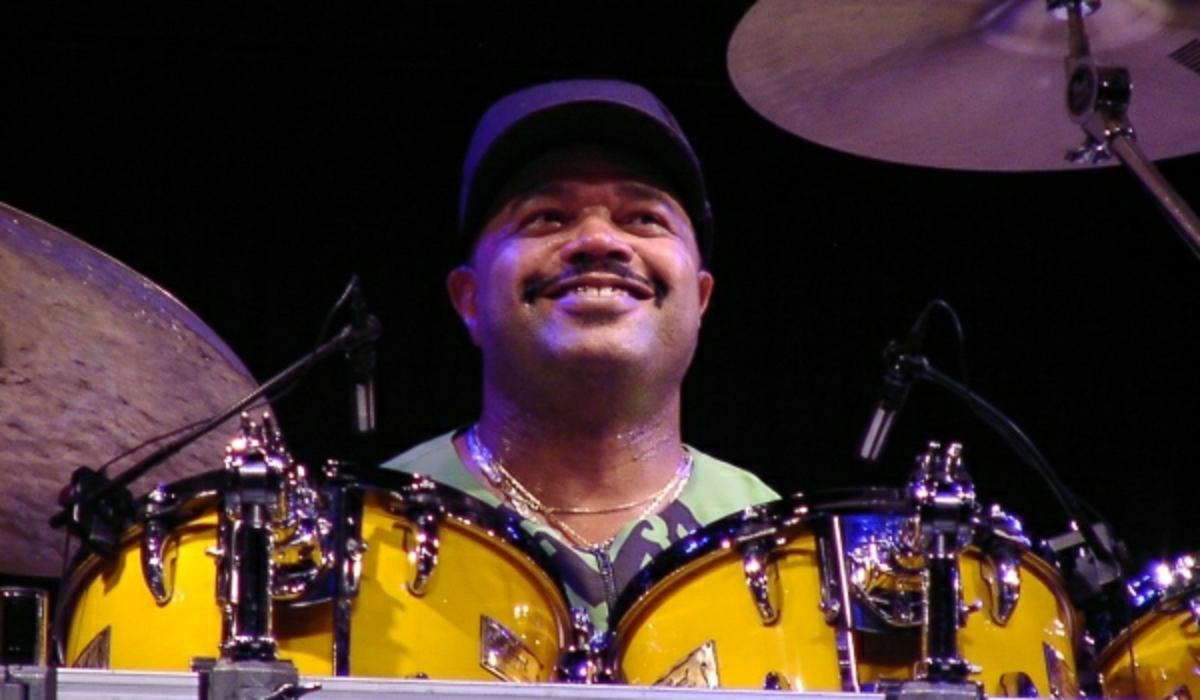 Dennis Milton Chambers (born May 9, 1959), is an American drummer. He was inducted into the Modern Drummer Hall of Fame in 2001.

Chambers began drumming at the age of four years, and was gigging in Baltimore-area nightclubs by the age of six. He was recruited in 1981 by the Sugar Hill Label to be their "house drummer." Chambers played on many Sugar Hill releases. Contrary to popular belief he did not play on "Rapper's Delight" which was revealed in a recent interview on Drumeo.com on 6/8/2017.

In an interview by Bonedo in 2011, Chambers was asked who some of his influences and favorite drummers were and he mentioned Clyde Stubblefield, Al Jackson Jr., Steve Gadd, Vinnie Colaiuta, Gary Husband, Jack Dejohnette, Billy Cobham, Buddy Rich, Elvin Jones, Roy Haynes, and Tony Williams.

In 1978 (at 18 years old) he joined Parliament/Funkadelic, and stayed with them until 1985. In 1986 he joined the John Scofield band. Since then he has played with most of the major figures in jazz fusion music.

He has toured extensively with Carlos Santana and makes appearances with his band Niacin.

In December 2004, Chambers was awarded an Honorary Doctorate of Music from Berklee College of Music during the inauguration of current president, Roger H. Brown.

To learn more about the artist, please visit
http://wikipedia.thetimetube.com/?q=Dennis+Chambers⟨=en
Back