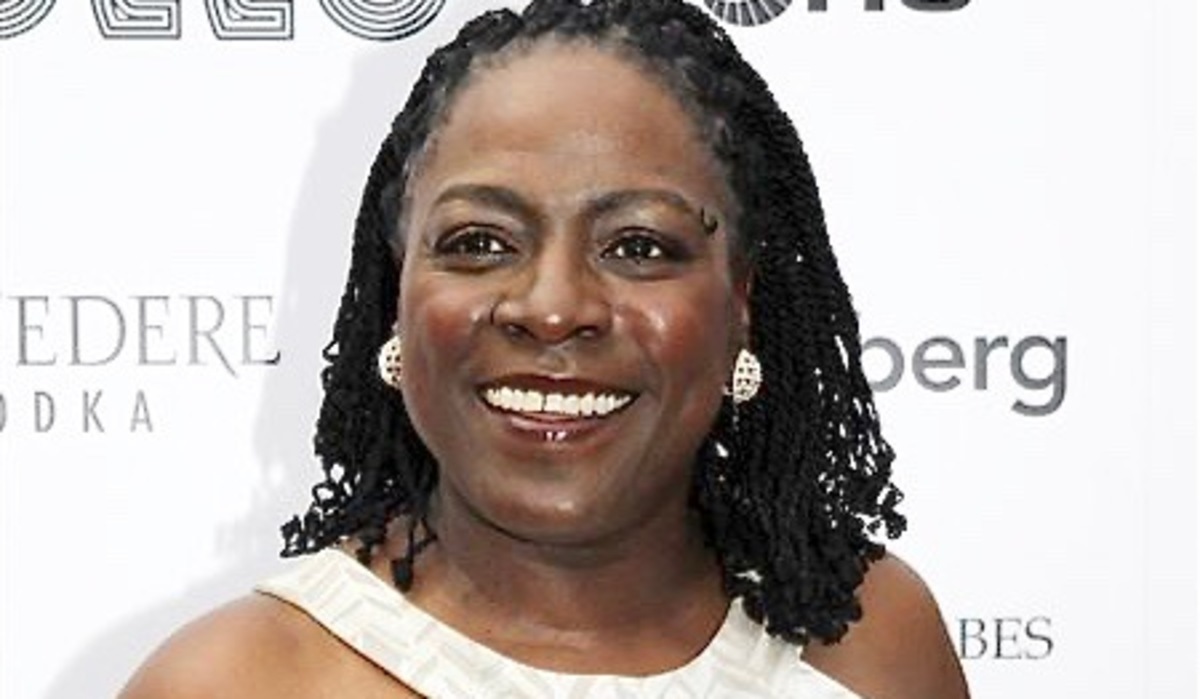 Sharon Lafaye Jones (May 4, 1956 – November 18, 2016) was an American soul and funk singer. She was the lead singer of Sharon Jones & The Dap-Kings, a soul and funk band based in Brooklyn, New York. Jones experienced breakthrough success relatively late in life, releasing her first record when she was 40 years old. In 2014, Jones was nominated for her first Grammy, in the category Best R&B Album, for Give the People What They Want.

Jones was born in Augusta, Georgia, the daughter of Ella Mae Price Jones and Charlie Jones, living in adjacent North Augusta, South Carolina. Jones was the youngest of six children; her siblings are Dora, Charles, Ike, Willa and Henry. Jones's mother raised her deceased sister's four children as well as her own. She moved the family to New York City when Sharon was a young child. As children, she and her brothers would often imitate the singing and dancing of James Brown. Her mother happened to know Brown, who was also from Augusta.

Jones grew up in the Bedford Stuyvesant neighborhood of Brooklyn, New York. In 1975, she graduated from Thomas Jefferson High School in Brooklyn. She attended Brooklyn College.

A regular gospel singer in church, during the early 1970s Jones often entered talent shows backed by local funk bands. Session work then continued with backing vocals, often credited to Lafaye Jones, but in the absence of any recording contract as a solo singer, she spent many years working as a corrections officer at Rikers Island and as an armored car guard for Wells Fargo, until receiving a mid-life career break in 1996 after she appeared on a session backing the soul and deep funk legend Lee Fields.

The session was organized by Gabriel Roth and Philippe Lehman, then the owner of the now-defunct French record label Pure Records. Jones was the only one of three singers called to the session to show up. Having completed all the backing parts herself, Roth and Lehman were suitably impressed with her performance and recorded "Switchblade", a solo track with Jones. This track and "The Landlord" were included on the Soul Providers' album Soul Tequila, released by Lehman on Pure circa 1996. The Soul Providers—with members of the Brooklyn bands Antibalas and the Mighty Imperials—later formed the Dap-Kings, who became Jones's regular backing band.

Lehman and Roth started a new label based in Brooklyn, Desco Records, now also defunct. Soul Tequila was re-released as Gimme the Paw, which omitted "The Landlord" but kept "Switchblade". Jones recorded and released three 45-rpm singles for Desco: "Damn It's Hot" part 1 backed by part 2, "Bump N Touch" part 1 backed by "Hook and Sling Meets the Funky Superfly" (a medley cover of tracks by Eddie Bo and Bobby Williams), and "You Better Think Twice" backed by "I Got the Feeling" (a James Brown cover). The singles gained some notice among 45 soul and funk collectors, particularly because in the early days of Desco Records some collectors may have believed them to be originals from the early seventies, as they were not dated. These singles were also released on a compilation CD, the Desco Funk 45' Collection, with tracks by various other artists in the Desco stable. Desco had established a firm reputation among enthusiasts. Desco continued to release 45-rpm singles and also released LPs by Lee Fields, the Sugarman 3, the Daktaris and the Mighty Imperials as well as a further compilation of funk 45s. The Mighty Imperials album was the last release on the Desco label, and Lehman and Roth parted ways in 2000. Lehman started another independent label, Soul Fire Records, now also defunct. Roth went on to start Daptone Records with the saxophonist Neal Sugarman of Sugarman 3.

Launched on the back of the popularity of Desco Records, Daptone Records' first release was a full-length album by Sharon Jones. A new band, the Dap-Kings, was formed from the former members of the Soul Providers and the Mighty Imperials. Some of the musicians went on to record for Lehman's Soul Fire label, while some formed the Budos Band, an Afro-beat band. From the original Soul Providers, Roth (also known as Bosco Mann) on bass, guitarist and emcee Binky Griptite, percussionist Fernando Velez, trumpet player Anda Szilagyi and organist Earl Maxton were joined by original Mighty Imperials saxophonist Leon Michels and drummer Homer Steinweiss, plus Neal Sugarman from Sugarman 3, to form The Dap-Kings.

In 2002, under the name Sharon Jones & The Dap-Kings, the group released the album Dap Dippin' with Sharon Jones and the Dap-Kings, for which they received immediate attention and acclaim from enthusiasts, DJs and collectors. With three more albums under their belt, Naturally (2005), 100 Days, 100 Nights (2007) and I Learned the Hard Way (2010) they are seen by many as the spearhead of a revival of soul and funk.

Jones had a small part in the 2007 film The Great Debaters, starring Denzel Washington and Forest Whitaker, in which she played Lila, a juke joint singer. Her performance of Lucille Bogan's "That's What My Baby Likes" is featured in the film, and additional covers by Jones of songs from the 1930s are included on the film's soundtrack. In 2015, a documentary titled Miss Sharon Jones!, directed by Barbara Kopple, debuted at the Toronto International Film Festival.

Jones has sometimes been called, especially early in her late renaissance of a career, the Female James Brown.

For several years she lived with her mother in the Far Rockaway section of Queens, New York.

It was announced on June 3, 2013, that Jones had been diagnosed with bile duct cancer and had undergone surgery, which forced her to postpone the release of the group's fifth album, Give the People What They Want. The diagnosis was later changed to stage II pancreatic cancer, for which Jones had surgery on her liver and underwent chemotherapy. The chemotherapy caused hair loss, and for a time she performed bald, refusing to wear wigs.

During the screening of her documentary at the 2015 Toronto International Film Festival, Jones revealed that her cancer had returned, and that she would be undergoing chemotherapy again. She suffered a stroke while watching the 2016 United States presidential election results and another the following day. Jones remained alert and lucid during the initial period of her hospital stay, jokingly claiming that the news of Donald Trump's victory was responsible for her stroke.

To learn more about the artist, please visit
https://en.wikipedia.org/wiki/Sharon_Jones
Back