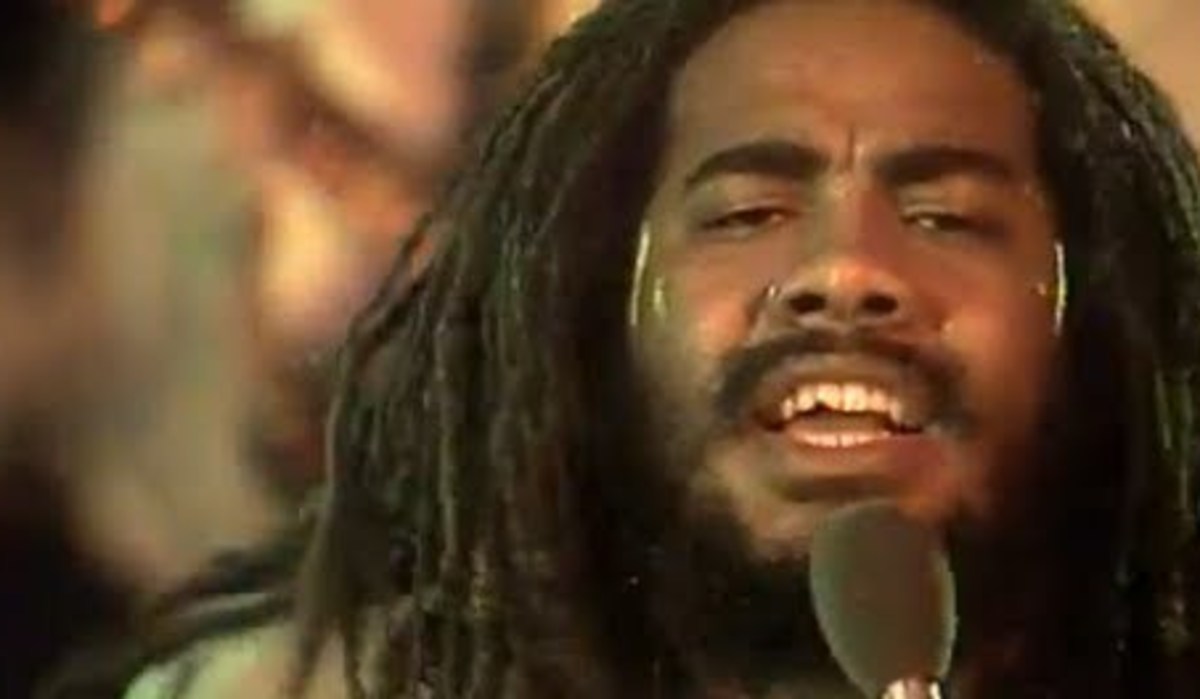 Jacob Miller (4 May 1952 – 23 March 1980) was a Jamaican reggae artist and a Rasta. His first recording session was with the famous Clement "Sir Coxsone" Dodd in the late 1960's. While pursuing a prolific solo career, he became the lead singer for reggae group Inner Circle. Miller recorded and toured with Inner Circle until he and his son died in a car accident in 1980. Miller was only 27 years old.

Jacob Miller was born in Mandeville, Jamaica to Joan Ashman and Desmond Elliot. At the age of eight he moved to Kingston, Jamaica where he was raised by his maternal grandparents. His move to Kingston would prove to be a seminal event in his life, as Miller began spending much of his time at recording studios around the city, most notably Clement "Sir Coxsone" Dodd's now-famous Studio One.

He recorded three songs for Dodd, including "Love is a Message" in 1968, which the Swaby brothers, Horace and Garth (Horace would later be known as Augustus Pablo) played at their "Rockers Sound System". The song did not garner much success, nor did it get much attention from Coxsone, however it resulted in Horace Swaby befriending Miller and sparked his interest in him as a musician.

After the Swaby brothers launched their own label in 1972, Horace (from then on known as Augustus Pablo) recorded a version of "Love is a Message" named "Keep on Knocking" in 1974. In the next year and a half Miller recorded five more songs for Pablo, "Baby I Love You So," "False Rasta," "Who Say Jah No Dread," "Each One Teach One," and "Girl Named Pat", each of which became a Rockers classic with King Tubby dubs on their b-sides. These singles developed Miller’s reputation as a great singer, and their success ultimately drew Inner Circle to hire him as a replacement lead singer.

Inner Circle was an emerging reggae group made popular playing covers of American Top 40 hits. Band leader Roger Lewis said Jacob Miller was "always happy and jovial. He always made jokes. Everyone liked jokes." Adding Miller as lead singer, the band’s lineup was Roger Lewis on guitar, Ian Lewis on bass, Bernard "Touter" Harvey on keyboards, and Rasheed McKenzie on drums. Coining Miller as Jacob "Killer" Miller, the group continued to build popularity. They signed with Capitol Records in 1976 and released two albums, Reggae Thing and Ready for the World. Their first hit with Jacob Miller was "Tenement Yard", followed by "Tired Fi Lick Weed In a Bush".

While recording, Miller continued pursuing a solo career, recording "Forward Jah Jah Children," "Girl Don’t Com" produced by Gussie Clarke, and "I’m a Natty" produced by Joe Gibbs. He earned second place in Jamaica’s 1976 Festival Song competition with the song "All Night ‘Till Daylight" and produced his first solo album in 1978, Dread Dread. While most of Miller’s solo work were backed by Inner Circle members, his preferred rockers style diverged from the tendency of Inner Circle to experiment with other genres, including pop, soul, funk and disco. The track which has brought him the most lasting recognition is the rockers standard "King Tubby Meets The Rockers Uptown" with Augustus Pablo, a dub of "Baby I Love You So," engineered by King Tubby. Other notable tracks with Augustus Pablo included "Keep on Knocking," "False Rasta" and "Who Say Jah No Dread", all produced by Pablo. The album Who Say Jah No Dread featured two versions of each of these tracks; the original and a dub engineered by King Tubby.

Miller was featured in the film Rockers, alongside many other musicians including Gregory Isaacs, Big Youth and Burning Spear. In the movie, he plays the singer of a hotel house band, (in reality Inner Circle), who are joined on drums by the film's hero, Leroy "Horsemouth" Wallace and play a live version of Inner Circle's hit "Tenement Yard".

In March 1980, Jacob Miller went with Bob Marley and Chris Blackwell to Brazil, to celebrate Island opening new offices in South America. On Sunday, 23 March 1980, Miller was killed in a car accident on Hope Road in Kingston, Jamaica, along with one of his sons. Miller and Inner Circle had been preparing for an American tour with Bob Marley and the Wailers, and the next album, Mixed Up Moods, had been recorded before his death.

To learn more about the artist, please visit
https://en.wikipedia.org/wiki/Jacob_Miller_(musician)
Back