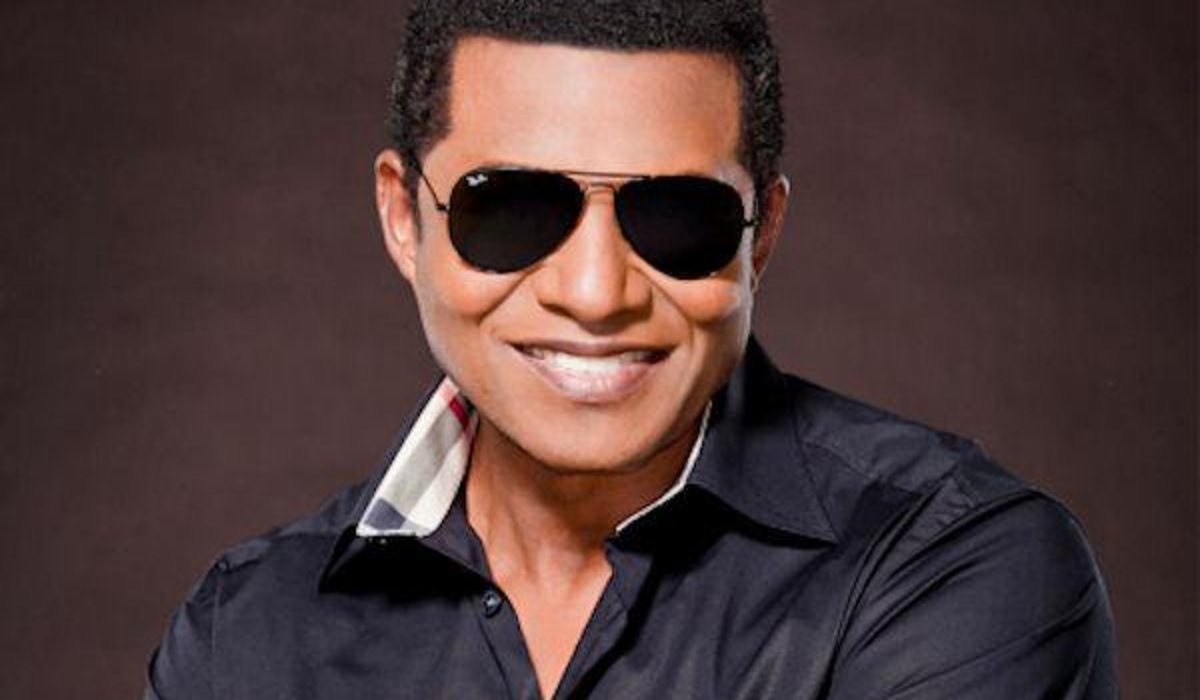 Sigmund Esco "Jackie" Jackson (born May 4, 1951) is an American singer and songwriter best known as a founding member of the Jackson 5. Jackie is the second child of the Jackson family and the oldest Jackson brother.

Sigmund Esco Jackson was born on his mother Katherine's 21st birthday in 1951. Nicknamed Jackie by his grandfather, taken from Jackson Boy, he came from an African-American working-class family. He and his brothers and sisters grew up in a three-room house in Gary, Indiana, an industrial city outside of Chicago. In 1964, Jackie's father, Joseph, formed the Jackson Brothers singing group, which included Jackie and his brothers Tito and Jermaine. The group included younger brothers Marlon and Michael playing assorted percussive instruments. By 1966, Joseph made Michael the lead singer and within two years, they emerged professionally under the name the Jackson Five, which was later altered to a numeral 5 after signing with Motown in 1969. Prior to the group signing with Motown, Jackson wanted to pursue a career in professional baseball.

Jackson performed with a high tenor singing voice. He added brief lead parts in some of the Jackson 5's hit singles, including "I Want You Back" and "ABC". In 1973, he released a solo album that failed to chart. After the Jackson 5 became the Jacksons after leaving Motown for CBS Records in 1976, Jackson's role as a vocalist and songwriter increased. He added a lead vocal alongside brother Michael on their Top 10 Epic single, "Enjoy Yourself", and also added composition on six of the group's albums with Epic. Jackson's voice changed to a lower tenor vocal style during the Epic years. One of Jackson's most successful compositions was co-writing with Michael, "Can You Feel It", which became an international hit in 1981. Jackson began performing more lead vocals as Michael pursued a successful solo career. On their 1984 album, Victory, Jackie performed lead on the song "Wait", while writing the single "Torture". Notably before the start of the Victory Tour in 1984, he suffered what was officially described as a knee injury incurred during rehearsals. However, a former companion of Jermaine Jackson's, Margaret Maldonado, wrote in her 1995 book Jackson Family Values that Jackson was injured in an automobile accident, a cause of his then wife Enid Jackson running over him with her car, after catching him with choreographer and then-Laker Girl Paula Abdul. Jackson recovered well enough to perform on the last leg of shows in December 1984 in Los Angeles, where Michael announced he was leaving the group. In early 1985, Marlon Jackson joined Michael in leaving the group as well.

Jackie, Tito and Randy became session musicians, vocalists and producers during this time. In 1987, Jackie, Randy, Tito and Jermaine reformed as the Jacksons and recorded "Time Out for the Burglar", the theme song for the film Burglar. The single was a minor R&B hit in the US, but had more success in Belgium where it peaked in the Top 40 at #17 for two consecutive weeks. The Jacksons also contributed backing vocals to the Tito-produced title track of Tramaine Hawkins' 1987 album Freedom. In late 1988, the Jacksons set out to record their final Epic album, 2300 Jackson Street, which included Jackie and Jermaine splitting leads on most of the songs. 2300 Jackson Street failed to chart successfully despite the Randy and Jermaine-led "Nothin' (That Compares 2 U)". Randy did not participate in much of the album's promotion as he was working on his solo project leaving Jackie, Tito and Jermaine to promote the album mostly overseas. Afterwards, the group was dropped from the label and each brother went into solo projects. Jackson signed with Polydor and released his first solo album in 16 years, Be the One, in late 1989. The album was a minor hit, charting at #89 on the R&B charts. The first single, "Stay", was a Top 40 R&B hit while, second single "Cruzin'" was a moderate success. In 2001, after years out of the limelight, Jackie, along with his other brothers, returned to the mainstream in a reunion performance with Michael during his 30th-anniversary special at Madison Square Garden.

Currently residing in Las Vegas, Jackson at one time ran two record companies, Jesco Records and Futurist Entertainment. His son, Sigmund, Jr., known by the name of DEALZ, released a mixtape off Jesco in 2007. In 2009, he, Tito, Jermaine and Marlon starred in their brief reality series, The Jacksons: A Family Dynasty. In 2012, the quartet began their first tour since the end of the Victory Tour in 1984. The four brothers continue to tour, currently planning to perform a series of shows at the Las Vegas casino circuit.

Jackson has been married three times. He married his first wife, Enid Spann, in November 1974. A rocky marriage, they initially separated for several months after they married, but later reconciled. They had two children. They divorced in 1987. In the late 1980s, Jackson was the subject of media coverage when he dated pop star Paula Abdul. In 2001, Jackson married his second wife, Victoria Triggs. They later divorced. Jackson married his third wife, Emily Besselink, who gave birth to twin boys in 2013.

To learn more about the artist, please visit
https://en.wikipedia.org/wiki/Jackie_Jackson
Back