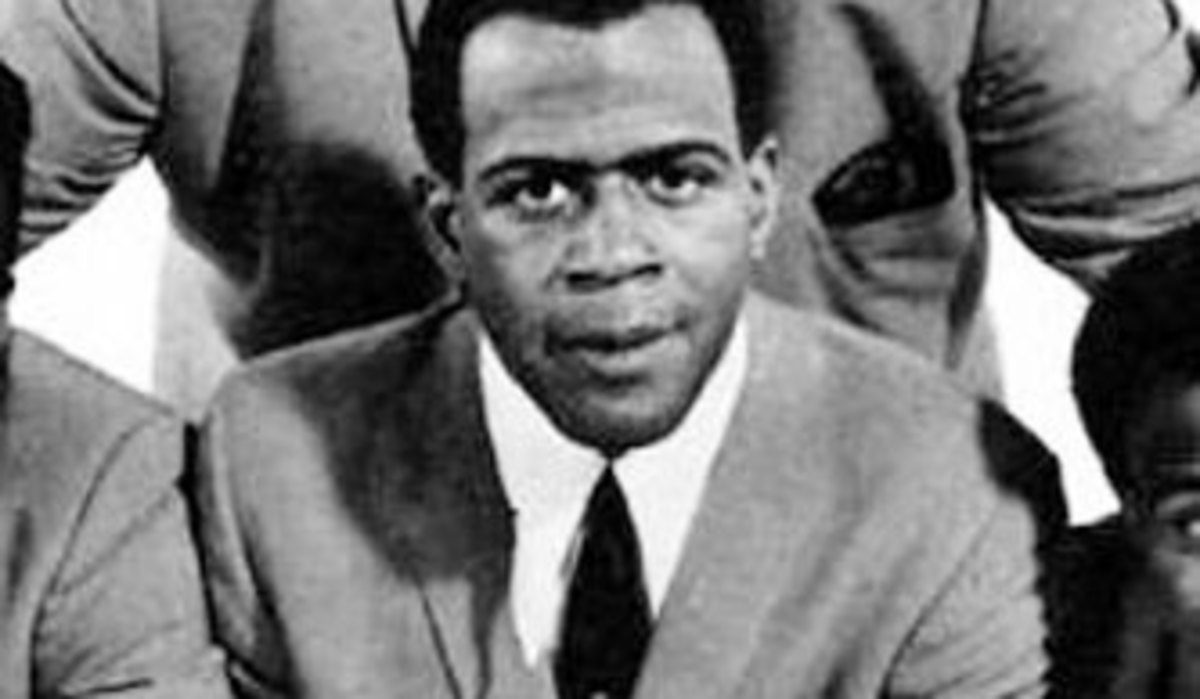 Ralph Pruitt. (b. May 4th, 1940). Vocalist & forming member of the Detroit based soul group, The Fantastic Four.

The Fantastic Four (also known as Sweet James and The Fantastic Four) were a Detroit based soul group, formed in 1965. "Sweet" James Epps, brothers Ralph and Joseph Pruitt, and Wallace "Toby" Childs were the original members. Childs and Ralph Pruitt later departed, and were replaced by Cleveland Horne and Ernest Newsome.

Their first single on Ric-Tic, "The Whole World Is a Stage," was their only big hit single, peaking at number 6 on the US Billboard R&B chart in 1967. The next release, "You Gave Me Something (And Everything's Alright)," reached number 12 that same year. Motown eventually purchased Ric-Tic, and they had another Top 20 R&B hit with "I Love You Madly," which came out in 1968 and was also issued on Soul. Before the Motown takeover, The Fantastic Four were the Ric-Tic label's biggest-selling act, outselling Edwin Starr in the USA. Their songs were regularly played on Detroit/Windsor's 50,000-watt powerhouse station, CKLW (The Big 8). They continued to record for Motown, releasing several singles under its Soul subsidiary label, until 1970, when they went into semi-retirement.

Several years later Armen Boladian persuaded them to sign with his Westbound label. There they enjoyed renewed appeal during the disco era, with some singles that were moderately successful, among them "Alvin Stone (The Birth & Death of a Gangster)" and "I Got to Have Your Love." Motown guitarist Dennis Coffey produced "B.Y.O.F. (Bring Your Own Funk)" in 1979, although they didn't have too much success with it. The song did become their only entry in the UK Singles Chart, peaking at #62 in February 1979.

The Fantastic Four remained active and released "Working on a Building of Love" in 1990 for the UK's Motorcity label. In 2000, however, the Fantastic Four lost long-time member, Cleveland Horne when he suffered a heart attack and died on April 13, 2000. The group's original lead singer, "Sweet James" Epps (b. March 30, 1947 in Detroit, Michigan) also died of a heart attack on September 11, 2000. His death effectively spelled the end of The Fantastic Four.

The group's only Motown album, Best of The Fantastic Four, was released on CD by Motown in the early 1990s. It was a compilation of the group's Ric-Tic hit singles, prior to Motown's takeover of that label, and now is a highly sought-after collectors' item.

In November 2013, Motown Records and Universal Music re-released the highly sought-after CD Best of The Fantastic Four, featuring the original tracks, which were remastered for the release.

In 2015 Ace Records released The Lost Motown Album, on its Kent Soul label, including the LP that Motown had prepared for release (entitled How Sweet He Is) and other previously unheard songs.

To learn more about the artist, please visit
https://en.wikipedia.org/wiki/The_Fantastic_Four_(band)
Back