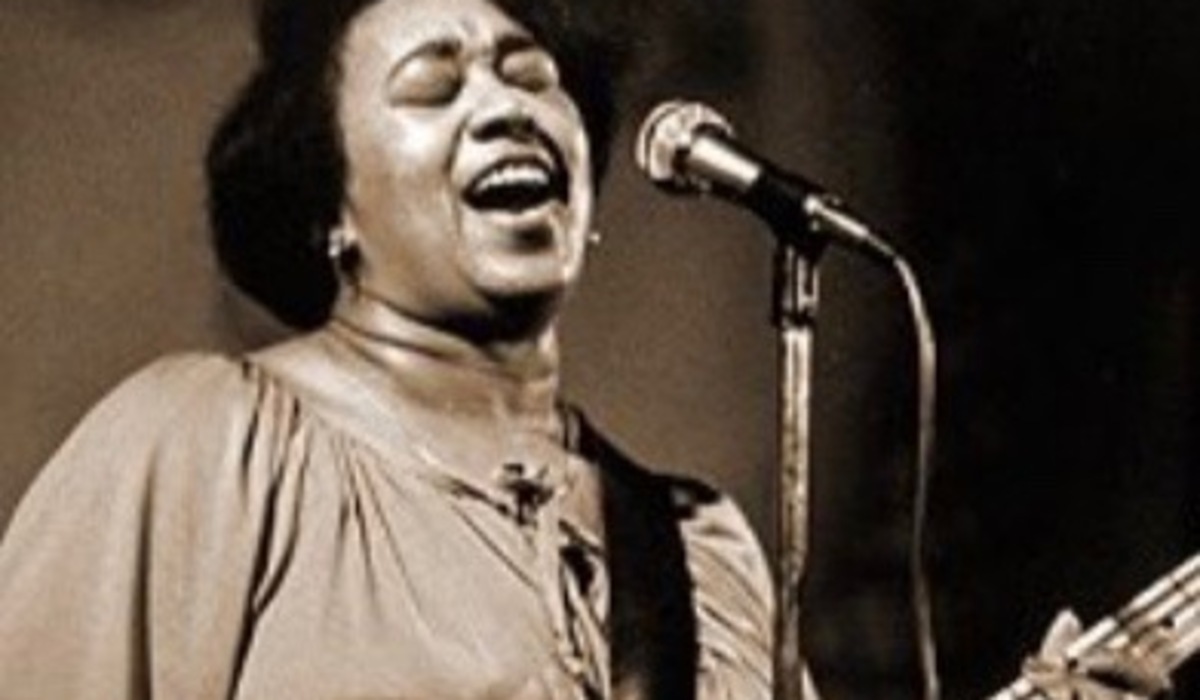 Very few women seem to play bass, but Queen Sylvia Embry was a fine player who impressed Willie Dixon so much he sent her to Europe to play on the American Blues Festival tours. She also had an expressive, deep-toned Gospel voice that made her a hit on the Chicago club circuit, and was even more to the fore when she led her own band.

Sylvia Lee Barton was born in rural Arkansas in 1941 and learned to play piano as a girl, encouraged by her Gospel-loving grandmother. Her great voice got her hired by The Southern Echoes Gospel group and, when she was 19, she moved to Memphis to pursue a career as a singer. That did not work out, but she settled there, married, and started a family.That did not go well either, so in the early 60s she relocated to Chicago where she worked in the South-side clubs.

There she met a rising young guitar player, Johnny Embry, and when her divorce came through they married. She learned to play bass, and started playing in her husband’s band before joining Lefty Dizz in Shock Treatment, the house-band at the Blue Monday sessions at The Checkerboard Lounge. Her fine Gospel-soaked voice became a much-requested part of the show, and she began to feature as a vocalist in Johnny’s band The Blues Kings. Their first recording together was on the 1980 album ‘After Work’ for the Alligator label’s subsidiary, Razor Records.Sylvia had also appeared at Willie Dixon’s Mississippi Blues Festival in Greenville, where she sang and played with Sam Myers, ‘Honeyboy’ Edwards and Robert Jr. Lockwood, which was released as an album and immortalised in a documentary film. Alligator Records also included four tracks with Sylvia leading her own band on their 1980 album ‘Living Chicago Blues Vol.6’, and she played the Delta Festival again the following year.

The 1982 American Blues Festival tour of Europe had Queen Sylvia on the bill, making several TV appearances and contributing three tracks to the tour album, backed by Jimmy Rogers, Louisiana Red and Carey Bell. Again she was invited to go back next year as part of the Festival dedicated to the memory of the recently departed Muddy Waters.

Sylvia and Johnny had divorced before he died in 1985 at the age of 53. Sylvia continued to tour regularly, and went round the world with The Mississippi All-Stars in 1986, and during this tour she again shared the stage with the renowned Chicago harp player Sam Myers. Sadly, in the late 80s Sylvia’s health began to deteriorate, and she passed away in Chicago in 1992, aged just 50.

To learn more about the artist, please visit
https://www.allaboutbluesmusic.com/queen-sylvia-embry/
Back