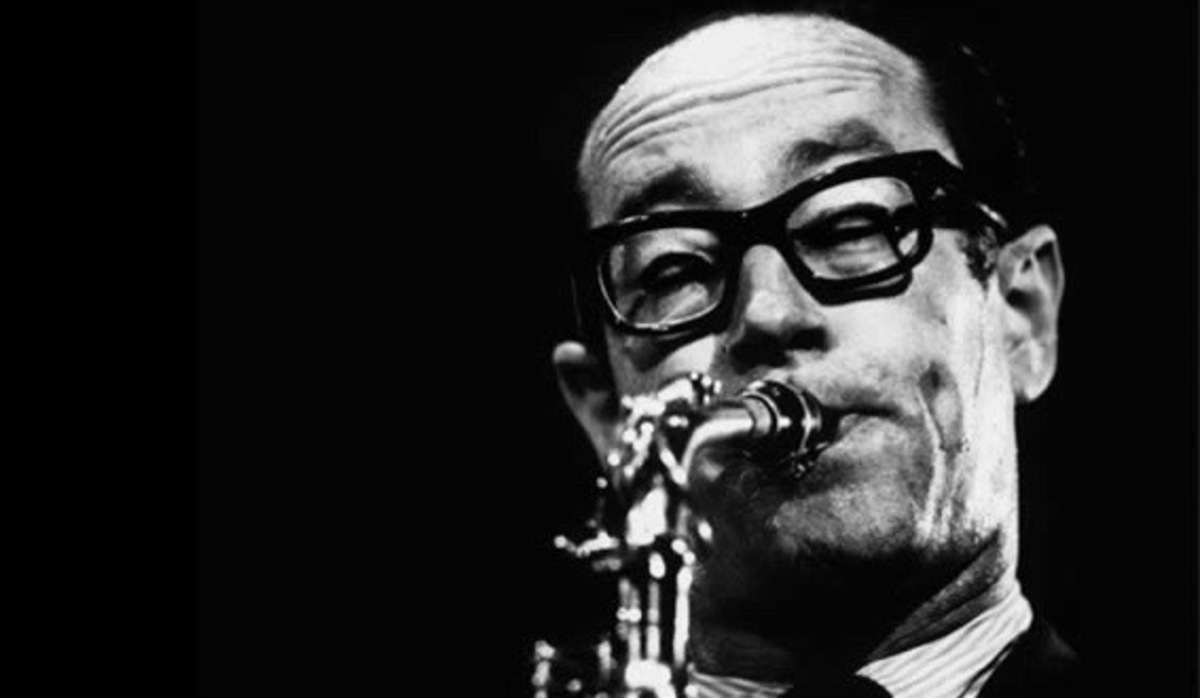 Paul Desmond (born Paul Emil Breitenfeld, November 25, 1924 – May 30, 1977) was an American jazz alto saxophonist and composer, best known for his work with the Dave Brubeck Quartet and for composing that group's biggest hit, "Take Five". He was one of the most popular musicians to come out of the cool jazz scene.

Desmond was born Paul Emil Breitenfeld in San Francisco, California, in 1924, the son of Shirley (née King) and Emil Aron Breitenfeld. His grandfather Sigmund Breitenfeld was, according to an obituary, born in Austria in 1857. Sigmund Breitenfeld, a medical doctor, emigrated to New York City with his wife Hermine (born Hermine Lewy) at the end of the 19th century, and the Breitenfelds raised their four children (including Desmond's father Emil) with no religion. Interviewed by Desmond biographer Doug Ramsey, Desmond's first cousin Rick Breitenfeld said that no one in the Breitenfeld family could find evidence of Jewish ancestry or Jewish religious observance, but Paul Desmond and members of his father's family "frequently speculated as to whether or not Sigmund or Hermine Breitenfeld had Jewish backgrounds". Biographer Ramsey notes that "the name Breitenfeld could be Jewish or non-Jewish. There are plenty of Breitenfelds in Germany and Austria to support both sides of the argument. Lewy, the maiden surname of Paul's paternal grandmother Hermine, is more likely to be of Jewish origin, but no evidence of her genealogy has surfaced." However, Fred Barton, songwriter/arranger and Desmond's cousin, found extensive genealogical proof that both the Breitenfeld and Löwy families were Bohemian Jews. The Breitenfeld family in Bohemia and Vienna featured musicians in every generation throughout the 1800s, 1900s, and to the present day.Desmond's mother, born Shirley King, was Catholic, and of Irish descent.

Desmond's mother Shirley was emotionally unstable throughout his upbringing, and appears to have suffered from obsessive–compulsive disorder and other mental illnesses. Starting in 1933, Desmond spent nearly five years living with relatives in New Rochelle, New York due to his mother's mental health problems.

In 1946, following his military discharge, Desmond legally changed his last named from Breitenfeld to Desmond. He told many stories over the years regarding how he chose the name Desmond, but his biographer Doug Ramsey offers an account from Desmond's friend Hal Strack that the two were listening to the Glenn Miller band singer Johnny Desmond in 1942, and Desmond told Strack "that's such a great name. It's so smooth and yet it's uncommon....If I ever decide I need another name, it's going to be Desmond." Desmond was married from 1947 to 1949 to Duane Reeves Lamon. Following his divorce, he remained single for the rest of his life.

At the time, Brubeck and Brubeck's wife Iola had three small children, and Brubeck had instructed Iola not to let Desmond set foot in the family home. Desmond appeared at Brubeck's San Francisco apartment one day while Dave was in the back yard hanging diapers on a laundry line, and Iola, defying Brubeck's wishes, let Desmond in and took him to Dave. Desmond offered to perform arranging and administrative work for Brubeck's band, and to babysit Brubeck's children, and Brubeck finally relented and agreed to try working with Desmond again.

Desmond worked several times during his career with baritone saxophonist and band leader Gerry Mulligan. The two made two studio albums together (Gerry Mulligan - Paul Desmond Quartet (1957), and Two of a Mind (1962)). In June 1969 Desmond appeared at the New Orleans Jazz Festival with Gerry Mulligan, procuring favorable reactions from critics and audience members. During Brubeck's Two Generations tours, Desmond and Mulligan shared the stage together in 1974. Unlike Brubeck, Mulligan personally shared much in common with Desmond. The two shared similar interests and humor, and both men had no shortage of addictions in their lives.

Desmond was a guest artist on five tracks by Chet Baker recorded between 1975 and 1977. These were released on the albums She Was Too Good to Me, You Can't Go Home Again, and The Best Thing For You. Baker and Desmond also appeared together on two tracks included on Jim Hall's 1975 Concierto album.

In their private lives Dave Brubeck and his family were very close to Paul Desmond, though the two men possessed very different personalities. Darius Brubeck recalls thinking that Desmond was his uncle almost into adolescence. Desmond grew especially close to Dave's son Michael, to whom he left his saxophone upon death. Desmond was also described as a womanizer who was unable to form (and was uninterested in maintaining) steady relationships with women, though he had no shortage of female companions throughout his life. Desmond is reported to have quipped, upon seeing a former girlfriend on the street, "There she goes, not with a whim but a banker" (a semi-Spoonerism reference to T.S. Eliot's "This is the way the world ends / Not with a bang but a whimper"). In contrast, Brubeck was deeply religious and a stalwart family man.

Desmond died on May 30, 1977, not of his heavy alcohol habit but of lung cancer, the result of his longtime heavy smoking. Never without his humor, after he was diagnosed with cancer he expressed pleasure at the health of his liver. His last concert was with Brubeck in February 1977, in New York City. His fans did not know that he was already dying. Desmond specified in his will that all proceeds from "Take Five" would go to the Red Cross following his death. Desmond reportedly owned a Baldwin grand piano, which he lent to Bradley Cunningham, owner of Bradley's piano bar in Greenwich Village, provided that Cunningham move the large piano back to Desmond's Upper West Side apartment to become part of Desmond's estate. After this long and expensive process, Desmond willed the piano to Cunningham, a characteristic and final prank. The Paul Desmond Papers are held at the Holt-Atherton Special Collections in the University of the Pacific Library.

To learn more about the artist, please visit
https://en.wikipedia.org/wiki/Paul_Desmond
Back