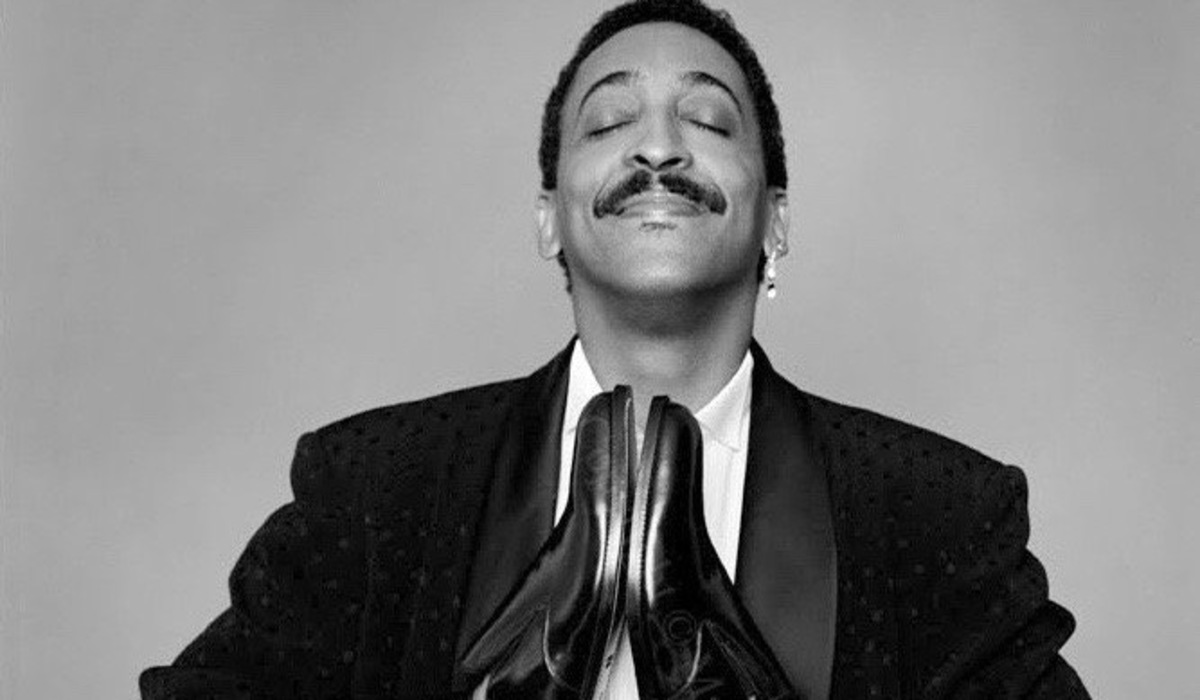 Hines was born in New York City on February 14, 1946, the son of Alma Iola (Lawless) and Maurice Robert Hines, a dancer, musician, and actor. Hines began tapping when he was two years old, and began dancing semi professionally at the age of five.

After that, he and his older brother Maurice performed together, studying with choreographer Henry LeTang. Gregory and Maurice also learned from veteran tap dancers, such as Howard Sims and The Nicholas Brothers, whenever they performed in the same venues.

The two brothers were known as "The Hines Kids", making nightclub appearances, and later as "The Hines Brothers". When their father joined the act as a drummer, the name changed again in 1963 to "Hines, Hines, and Dad".

Hines performed as the lead singer and musician in a rock band called Severance, between the years of 1975 to 1976, based in Venice, California. Severance was one of the house bands at an original music club called Honky Hoagies Handy Hangout, otherwise known as the 4H Club. Severance released their debut album on Largo Records (a subsidiary of GNP Crescendo) in 1976. In 1986, he sang a duet with Luther Vandross, entitled "There's Nothing Better Than Love", which reached the No. 1 position on the Billboard R&B charts.

Hines made his movie debut in Mel Brooks's History of the World, Part I. Critics took note of Hines's comedic charm, and he later appeared in such movies as The Cotton Club, White Nights, Running Scared alongside Billy Crystal, Tap, and Waiting to Exhale. On television, he starred in his own series in 1997 called The Gregory Hines Show on CBS, as well as in the recurring role of Ben Doucette on Will & Grace. In 1999, he would return to voice Big Bill, in Nick Jr.'s television show Little Bill. In 2000, he starred in The Tic Code.

Hines made his Broadway debut with his brother in The Girl in Pink Tights in 1954. He earned Tony Award nominations for Eubie! (1979), Comin' Uptown (1980), and Sophisticated Ladies (1981), and won the Tony Award and Drama Desk Award for Jelly's Last Jam (1992) and the Theatre World Award for Eubie!. In 1989, Gregory Hines created "Gregory Hines' Tap Dance in America," which he also hosted. The PBS special featured seasoned tap dancers such as Savion Glover and Bunny Briggs. He also co hosted the Tony Awards ceremony in 1995 and 2002.

In 1990, Hines visited his idol, Sammy Davis Jr., as he was dying of throat cancer, unable to speak. After Davis died, an emotional Hines spoke at Davis's funeral of how Sammy had made a gesture to him, "as if passing a basketball … and I caught it." Hines spoke of the honor that Sammy thought that Hines could carry on from where he left off.

Hines was an avid improviser. He did a lot of improvisation of tap steps, tap sounds, and tap rhythms alike. His improvisation was like that of a drummer, doing a solo and coming up with all sorts of rhythms. He also improvised the phrasing of a number of tap steps that he would come up with, mainly based on sound produced. A laid back dancer, he usually wore nice pants and a loose fitting shirt. Although he inherited the roots and tradition of the black rhythmic tap, he also influenced the new black rhythmic tap, as a proponent. "'He purposely obliterated the tempos,' wrote tap historian Sally Sommer, 'throwing down a cascade of taps like pebbles tossed across the floor. In that moment, he aligned tap with the latest free form experiments in jazz and new music and postmodern dance.'"

Throughout his career, Hines wanted and continued to be an advocate for tap in America. In 1988, he successfully petitioned the creation of National Tap Dance Day, which is now celebrated in 40 cities in the United States. It is also celebrated in eight other nations. Gregory Hines was on the board of directors of Manhattan Tap, he was a member of the Jazz Tap Ensemble, and a member of the American Tap Foundation (formerly the American Tap Dance Orchestra).

He was a good teacher, influencing tap dance artists Savion Glover, Dianne Walker, Ted Levy, and Jane Goldberg. In an interview with The New York Times in 1988, Hines said that everything he did was influenced by his dancing: "my singing, my acting, my lovemaking, my being a parent."

Hines' marriages to Patricia Panella and Pamela Koslow ended in divorce. He had two children — a son, Zach, and a daughter, Daria, as well as a stepdaughter, Jessica Koslow, and a grandson.

Hines died of liver cancer on August 9, 2003, en route to the hospital from his home in Los Angeles. He had been diagnosed with the disease more than a year earlier, but had informed only his closest friends. At the time of his death, production of the television show Little Bill was ending, and he was engaged to Negrita Jayde.

Hines is interred at Saint Volodymyr's Ukrainian Orthodox Cemetery in Oakville, Ontario. Jayde died from cancer on August 28, 2009, at the age of 51, weeks after holding the sixth annual memorial/celebration to Hines.

On January 28, 2019, the US Postal Service honored Hines with a postage stamp, issued with a ceremony at The Buffalo Academy for Visual and Performing Arts in Buffalo, New York. The stamp is part of its Black Heritage series.

To learn more about the artist, please visit
https://en.wikipedia.org/wiki/Gregory_Hines
Back