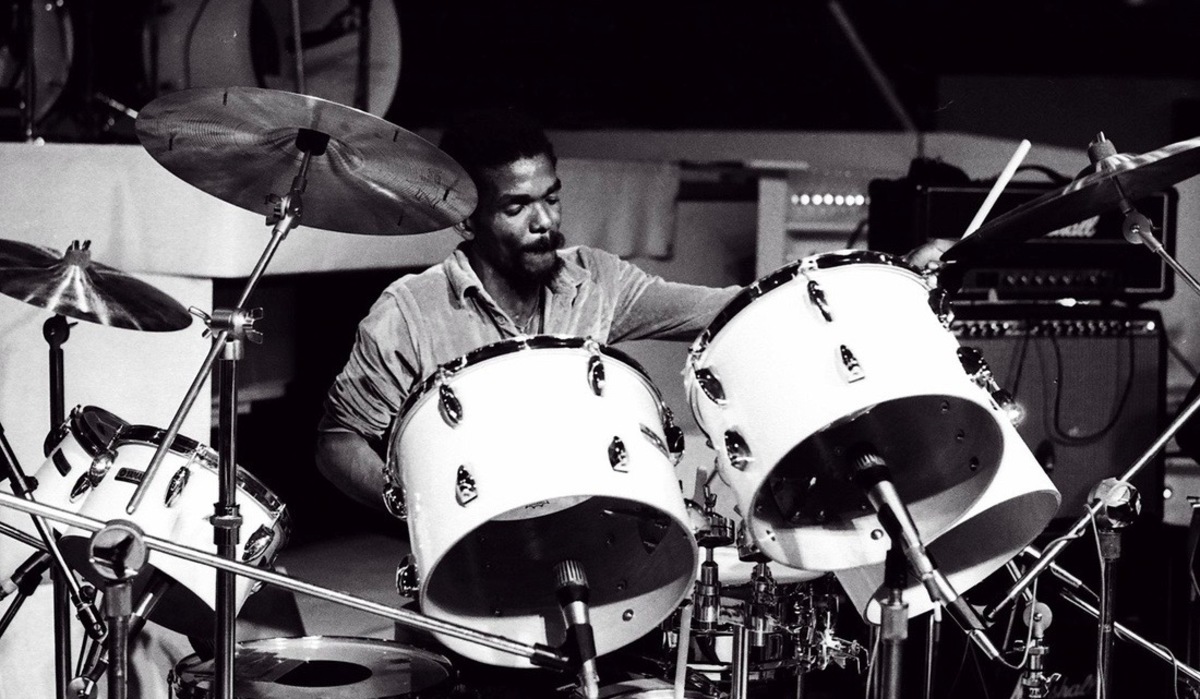 Carlton "Carly" Barrett (17 December 1950 – 17 April 1987) was an influential reggae drummer and percussionist. His musical development in the early years was with his brother Aston "Family Man" Barrett as a member of Lee "Scratch" Perry's "house band" The Upsetters. The brothers joined Bob Marley and The Wailers around 1970. He co wrote the well known Bob Marley song "War" and with his brother Aston co-wrote "Talkin' Blues". Carlton Barrett is featured on all the albums recorded by the Wailers. Barrett popularised the one drop rhythm, a percussive drumming style created by Winston Grennan. With Carly's beats and his brother Aston's bass, the Wailer rhythm section planted the seeds of today's international reggae. Barrett was murdered outside his home in Jamaica on 17 April 1987.

"Carly Barrett", as he liked to be called, was born in Jamaica in 1950, the son of Wilfred and Violet Barrett. As a teenager he built his first set of drums out of some empty paint tins, and had initially been influenced by Lloyd Knibb, the great drummer from the Skatalites. He and his brother Aston were raised in Kingston and absorbed the emerging ska sound. Working as a welder he first tried building a guitar and playing. He realised guitar wasn't his thing and picked up the drums.

In the late 1960s Carlton started playing sessions with his brother Aston, the pair calling themselves the Soul Mates or the Rhythm Force, before settling on The Hippy Boys, a line-up that featured Max Romeo on vocals. Leroy Brown, Delano Stewart, Glen Adams and Alva Lewis also played in the band's fluctuating line-up.

The Hippy Boys became one of Kingston's busiest session bands; fittingly their first recording was "Watch This Sound", backing the late Slim Smith. They also released a couple of albums for Lloyd Charmers, Reggae with the Hippy Boys and Reggae Is Tight. As well as playing on many sessions for Bunny Lee and Sonia Pottinger, the Barrett brothers also played on two 1969 UK chart hits, "Liquidator" for Harry J, and "Return of Django" for Lee "Scratch" Perry, with whom they had now taken root.

For Perry, they took the name The Upsetters, and knocked out a long run of instrumentals, including "Clint Eastwood", "Cold Sweat", "Night Doctor", and "Live Injection". It was while with Perry that the Barrett brothers first teamed up with The Wailers, then a vocal trio consisting of Bob, Peter and Bunny. After recording many now classic numbers, Carly and Aston decided to team up with The Wailers on a permanent basis.

The Barrett brothers recorded several singles with the Wailers in 1969–70: "My Cup (Runneth Over)", "Duppy Conqueror, "Soul Rebel", and "Small Axe". Most of these songs appeared on two Perry-produced Wailers albums: Soul Rebels and Soul Revolution, and formed the early foundation of the one drop sound.

Though original Wailers Peter Tosh and Bunny Livingston left the group in 1973, Carlton and Aston remained with Bob Marley and went on to record Natty Dread in 1974. Carlton has songwriting credits for two of Natty Dread's songs: "Talkin' Blues" and "Them Belly Full".

Carlton remained with the Wailers in the studio and on tour until Bob Marley's death in 1981. His signature style can be heard on every recording the Wailers produced since 1969, with the exception of the 1970 "Soul Shakedown Party" sessions produced by Leslie Kong.

On 17 April 1987, just as Carlton arrived at his Kingston home and walked across his yard, a gunman stepped up behind him and shot him twice in the head. He was dead on arrival at a Kingston hospital at age 36.

Shortly after his murder, Carlton's wife, Albertine, her lover, a taxi driver named Glenroy Carter, and another man, Junior Neil, were arrested and charged with his killing. Albertine and Carter escaped the murder charge, and were instead convicted and sentenced to 7 years for conspiracy. After just one year in prison, they were released in December 1992 on a legal technicality.

Throughout his tenure with the Wailers and other projects, Carlton used a standard five-piece drum set consisting of a bass drum, two tom-toms (mounted on the bass drum), a floor tom-tom, and a snare drum.

Each tom-tom had only one drumhead, which gave the drums a dry sound that was ideal for the close-miked environment of the recording studio. However, it was Carlton's snare drum which was perhaps the biggest part of his signature sound. Carlton used Ludwig drums, and his snare was the popular Supraphonic model, which is made of "ludalloy", an aluminium alloy. The metal construction of the drum, in combination with the extremely high head tension that Carlton preferred, produced a loud, cutting "crack" sound that was a very prominent element of the Wailers' recordings. Carlton almost always left the snare wires of the drum disengaged, making the drum sound very similar to a timbale.

It is unknown exactly what make and model of cymbals were used on Carlton's drum set, although it is very likely that they were made by the Avedis Zildjian Company in the United States and imported into Jamaica. Carlton used only a pair of hi-hat cymbals (relatively light in weight), at times with a cloth placed between the two cymbals, and two crash cymbals (most likely of medium weight), but due the nature of Carlton's style, in which the snare drum, bass drum, and hi-hat cymbals were the primary timekeeping instruments, he did not use a ride cymbal.

He also used a cowbell for live performances, evident in Bob Marley & The Wailers album Live!.

To learn more about the artist, please visit
https://en.wikipedia.org/wiki/Carlton_Barrett
Back