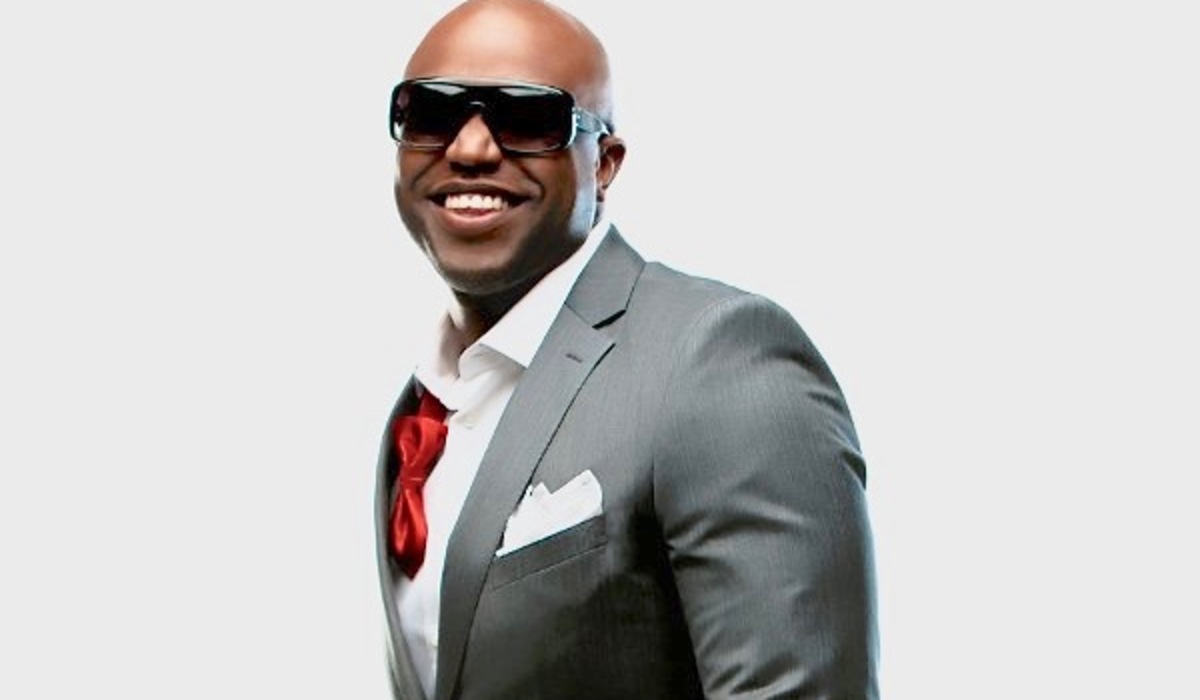 Richard "Rico" Preston Butler, Jr. (born December 3, 1982), better known by his stage name Rico Love, is an American rapper, singer, songwriter and record producer. He was born in New Orleans, Louisiana, but split his childhood between Milwaukee, Wisconsin and New York City's Harlem neighborhood. He attended Florida A&M and, while visiting Atlanta, Georgia, worked his way into the music industry through connections with Usher, who would become one of Love's frequent collaborators. The first song Love ever wrote in his career was "Throwback" for which ended up on Usher's 2004 album "Confessions." Love success continued writing and producing hit records such as Usher's "There Goes My Baby" and "Hey Daddy (Daddy's Home)", Nelly's "Just a Dream" and "Gone", as well as Beyoncé Knowles' "Sweet Dreams". and has contributed to works which have gone on to win Grammys such as Beyoncé's 2009 Best Contemporary R&B album I Am... Sasha Fierce, Usher's 2010 Best Contemporary R&B album Raymond v. Raymond, and Usher's 2010 Best Male R&B Vocal Performance "There Goes My Baby". In addition Love has written and produced records for Kelly Rowland, Diddy – Dirty Money, Chris Brown, Alexandra Burke, Keri Hilson, Fergie, and Fantasia.

Love is also the CEO of Division1, a record label which partnered with Interscope Records in 2013. Love has appeared as a featured artist on records with T.I., Usher, Jermaine Dupri, Jamie Foxx, Rich Boy, and Fat Joe.

Love was born in New Orleans, Louisiana, and his parents divorced at early age. As a result of the divorce Love spent his childhood growing up in two different cities, in Milwaukee, Wisconsin with his Mother and Harlem, NY with his father. Love's mother encouraged him as a child to write poetry. Love wrote his own poems and went on to joining the African American Children's Theater where he recited Langston Hughes and acted. Love had already been writing his own poems before he was introduced to rap in his early teens. By the end of high school Love had decided to pursue a career in rap but would go to college simultaneously, "I'm [going] to go to school instead of just sitting on the block. If I hadn't gone to college I would've been a drug dealer."

While in college at Florida A&M University Love stayed involved in his music by winning many rap battles and talent shows. On the weekends Love would leave for Atlanta, Georgia for the benefit of its studios and popular music scene. While visiting Atlanta Love met members of Jagged Edge who were an influence on Love's songwriting development. Love eventually left college because of a paper work error made by the college's administration's office. Love went to live with some local Atlanta producers the Corna Boyz. This relationship provided Love the opportunity to rap on a remix the producers were creating for Usher. Usher liked Love's work on the remix and eventually signed him to US Records/J Records. Usher requested Love compose lyrics for a song written by Just Blaze. This song eventually became "Throwback" and was featured on Usher's Diamond-selling (10× Platinum) Confessions album. Love next toured with Usher where he met and connected with many music industry players. Usher encouraged Love to become a songwriter and requests for Love's compositions began coming from artists Chris Brown, Omarion, and Marques Houston. Love currently lives in Miami with photographer Robin Thompson known as Robin V. They have two children together, a son, Carys Preston, and a daughter, Believe Beyond.

As an artist Love is both a vocalist and a rapper. Love was asked by Usher to contribute to the sound track to Usher's film In the Mix. Love contributed "Settle Down", "Sweat" featuring Usher, and "On the Grind" featuring Juelz Santana and Paul Wall. Love recorded a solo album in 2007 titled The 5th Element but ultimately decided to focus on his songwriting and not release the recordings. Though Love may not be recording as a solo artist he still contributes his vocals and rhymes to other artists. Love has appeared as a guest artist on songs by Fat Joe, Juvenile, Rich Boy, Jamie Foxx, T.I., and his own artist, Young Chris.

After 8-year hiatus from his solo career & signing his label Division 1 to a distribution deal with Interscope Records, Rico Love would release a extended play (EP) entitled Discrete Luxury, on February 27, 2014 it would be re-released, it would chart on the Top R&B/Hip-Hop Albums at #48. The first single from the album, "They Don't Know", it debuted and peaked at #60 on the Billboard Hot 100 making it Rico Love's highest charting single as a solo artist. The second single from the album is entitled "Bitches Be Like". On December 9, 2013 Rico Love released a mixtape entitled El Presidente.

Love wrote the song "Throwback" at the request of Usher which was a part of the 2004 triple Grammy-winning album Confessions. Love also wrote "Seduction" which was a bonus track on the Confessions special edition release. These were the first of several collaborations between the singer and the writer/producer.In September 2007 Rico Love wrote and produced on the Platinum single "Love Like This" by singer Natasha Bedingfield featuring Sean Kingston. This song was popular with mainstream audiences reaching No. 11 on the BillboardHot 100. The song was also a hit in dance clubs, reaching number one on the Billboard Hot Dance Club Songs chart.

In May 2008 "Energy" was released as the first single by Keri Hilson from her Gold album In a Perfect World.... The song was co-written and co-produced by Love for the Grammy-nominated artist.The song "Labels or Love", co-written and produced by Love and performed by Fergie was released in May 2008. The song was featured on the deluxe version of her triple Platinum album The Dutchess and also the Gold-selling soundtrack to the film Sex and the City. In November 2008, Beyoncé's double Platinum and 5× Grammy-winning album I Am... Sasha Fierce included four songs featuring Love's songwriting and production. Love wrote and produced on the Platinum single "Sweet Dreams" which reached No. 10 on the Billboard Hot 100. Love's work was also featured on "Scared of Lonely", "Radio", and "Save the Hero".By the end of 2008 in December another Love co-written and co-produced track was released as a single for the Grammy-nominated artist Pleasure P. "Boyfriend #2" reached No. 2 on the Billboard Hot R&B/Hip-Hop Songs chart.Love wrote and produced five songs on Mario's D.N.A. album released in October 2009. The songs included the single "Thinkin' About You" and "Hi", "Ooh Baby", "Soundtrack to My Broken Heart", and "Get Out".

Love wrote and produced on his former mentor Usher's Raymond v. Raymond album, released in March 2010. The Platinum and Grammy-winning album featured four of Love's compositions including two of the album's singles. The Love co-produced and co-written single "There Goes My Baby" was a hit and stayed at number one on the Billboard Hot R&B/Hip-Hop Songs chart for four weeks and earned Usher a Grammy for his performance on the song. The other single featuring Love's writing and producing was "Hey Daddy (Daddy's Home)" which rose to number two on the Billboard Hot R&B/Hip-Hop Songs chart. Love's other contributions to the album included the songs "Making Love (Into the Night)" and "So Many Girls".At the end of March 2010 the single "Hello Good Morning" penned by Love for Diddy – Dirty Money was released. Diddy is one of Love's mentors in the industry and he was honored to write for the performer/producer/mogul. The song went on to achieve Gold status and was performed by DDM and Rico Love on season nine of American Idol.Nelly's 5.0 album, released in November 2010 contained eight works featuring Love’s songwriting and production skills. The first single, "Just a Dream", co-written and co-produced by Love, went Platinum and landed at number three on the Billboard Hot 100. Love also worked on the single "Gone" featuring Kelly Rowland, a follow-up to the 2002 Nelly hit "Dilemma" also featuring Rowland. Love's other work on the album were on the tracks "Broke", "Making Movies", "Don't It Feel Good", "K.I.S.S.", "Nothing Without Her", and "Move That Body".Love wrote, produced, and appeared as an artist on Jamie Foxx's Best Night of My Life album released December 2010. The album's first single "Living Better Now" features Rick Ross and was co-written and co-produced by Love. Love wrote "Freak", which also features his appearance as an artist, and "Sex On the Beach".Love is managed by Made Communication, Miami, Florida.

In November 2010 Love launched Division 1 which originally partnered with Universal Motown but later moved the venture to Interscope Records. In 2011 Love signed R&B artist Teairra Marí & rap artist Young Chris to his label. In 2013, Love's label venture signed the artist, Tiara Thomas, to its roster. Love also has a production company of the same name to which he signed producers, Earl Hood, Eric Goudy, and D Town. In 2014, Rico Love signed Trina to his label.

Love has explained when composing he does not write lyrics down or even spend many hours working on songs. He simply listens to a beat and then sings what comes to him. He was quoted as learning this technique from Jagged Edge. Love claims that his technique gives him the ability to write songs very quickly which affords him the opportunity to place more songs on any single album than what most writers could.

To learn more about the artist, please visit
https://en.wikipedia.org/wiki/Rico_Love
Back