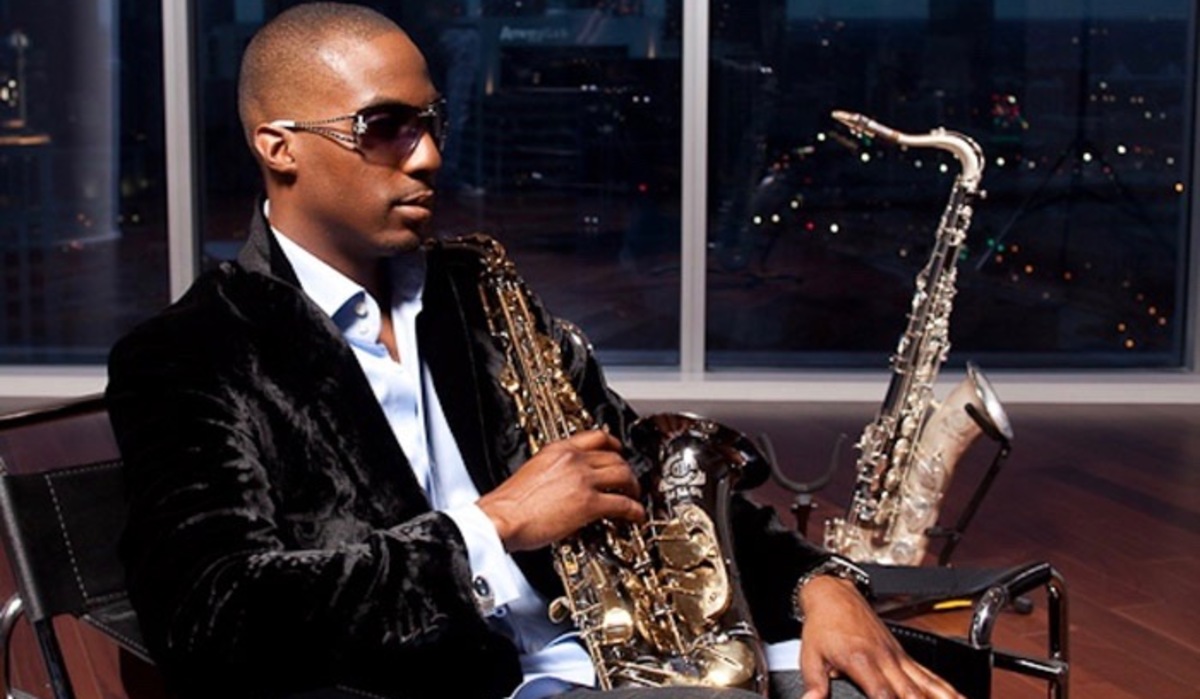 Darius arrived on the music scene as a recording artist at the age of 17. He now has six albums under his belt. Three are Number One hit singles, and eight are Top 10 radio hits on Nielsen’s R&R/Billboard Contemporary Jazz Charts. He also won a SESAC Top 10 Jazz Artist of the Year award in 2015. Named Debut Artist of the Year by Smooth Jazz News in 2004, Darius has shared the stage with many world renown, Grammy Award-winning artists, such as Prince, Jamie Foxx, Mary J. Blige, David Foster, Carlos Santana, Babyface, and George Benson, just to name a few. His music crosses over music boundaries from Jazz, R&B, Hip-Hop, to Pop.

Eric Darius was born in New Jersey to a father of Haitian descent and a mother of Jamaican descent, but grew up in Tampa, Florida. Born into a musical family (his father plays bass, his mother and sister sing, and his older brother plays drums and trumpet) Eric grew up listening to Stevie Wonder, Michael Jackson, Earth, Wind and Fire, Marvin Gaye, Al Green, Grover Washington, Jr., David Sanborn, George Benson, Bob Marley and many others. He developed a love and appreciation for music at a very early age, as his parents exposed him to music from all types of genres. At the young age of 9 years old, he fell in love with the saxophone after hearing someone perform at his church, which was the first time he had ever witnessed hearing and watching someone playing the saxophone in person. The sound, soulfulness, and emotion portrayed through the instrument was what really drew him in and he immediately identified with it. For his 10th birthday, Eric’s parents bought a saxophone for him and that was the beginning of great things to come!He began his performing career at the age of 11, when he joined and toured with the youth-based Sonny LaRosa and America's Youngest Jazz Band. Eric had the tremendous opportunity of touring worldwide with this group, which featured kids from ages 5–12 playing the music of Duke Ellington, Count Basie, Louis Armstrong and many other jazz legends. It was while he was performing at the Montreux Jazz Festival in Switzerland at the age of 11 in front of thousands of people, that he realized that the saxophone was truly his calling and that music was a universal language that people from all walks of like can relate to. The sheer impact of joy and happiness his music brought to the audience inspired him at that point to make the decision to pursue music professionally as a career.

After “graduating” from Sonny LaRosa and America’s Youngest Jazz Band at the age of 13, his father decided to manage him and help him to continue pursuing his dreams. Within that same year, he starting performing throughout the Tampa Bay area, forming his own band and making a name for himself as a solo artist. By the time he got to high school, Eric was performing over 100 shows a year as a young teenager. Darius attended Howard W. Blake High School of the Performing Arts where he continued studying music. At Blake, Eric was a member of the jazz band, jazz, combo, wind ensemble, marching band, basketball team, soccer team, and track team, meanwhile performing on weekends and earning a 5.2 GPA. As one of the top jazz bands in the country, he had the amazing opportunity to perform with the Blake High School jazz band at the Essentially Ellington music festival in Lincoln Center alongside Wynton Marsalis, as they placed 3rd amongst the top 20 bands in the country. Shortly after that experience, at the age of 17, Darius released his first album independently titled Cruisin' which not only launched his professional career but also catapulted him as one of the new faces of Jazz.

Eric attended the University of South Florida in Tampa, where he studied both business and music. He studied Jazz under the direction of Chuck Owens and Jack Wilkins, performing with the university's Jazztet. They toured and performed worldwide at the Montreaux Jazz Festival in Switzerland, the North Sea Jazz Festival in the Netherlands, the Jazz a Vienne Fesival in Vienne, France, and the Umbria Jazz Festival in Perugia, Italy. It was during his junior year in college that he got signed to a major record deal with Higher Octave Music and rose to international prominence as a recording artist.

The album's single, also titled "Goin' All Out" reached No. 1 on Nielsen's R&R/Billboard Contemporary Jazz charts during the week of October 25, 2008.

In 2010, On a Mission was released by Shanachie.

To learn more about the artist, please visit
https://en.wikipedia.org/wiki/Eric_Darius
Back