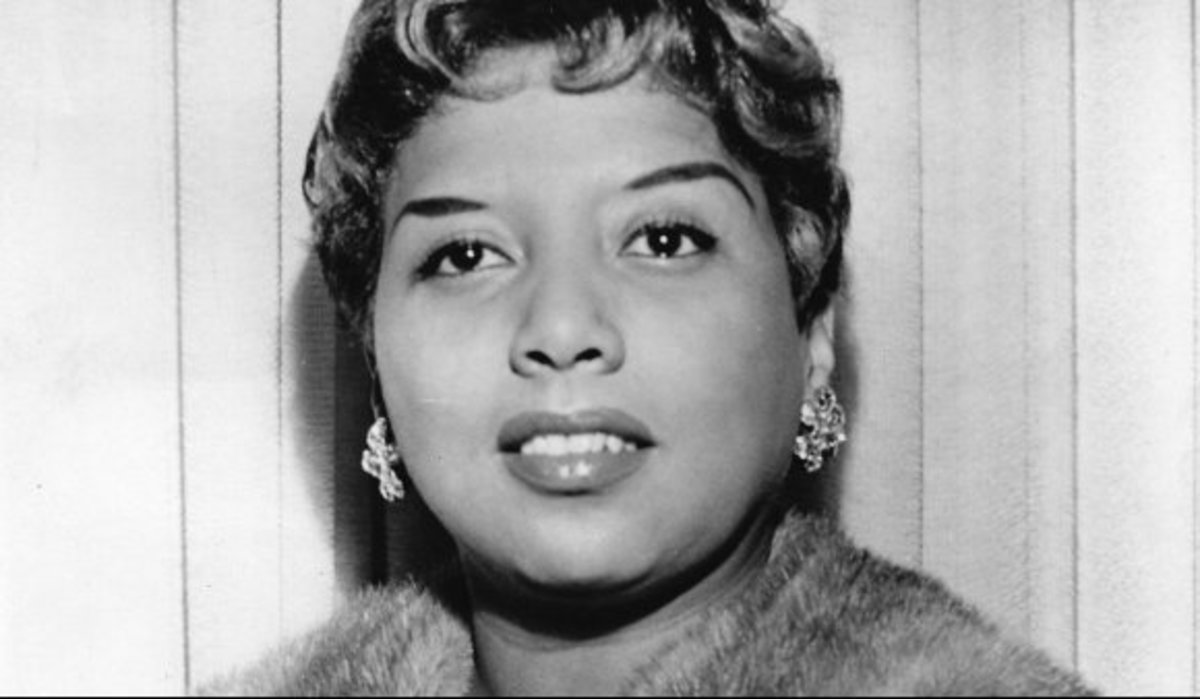 Etta Jones (November 25, 1928 – October 16, 2001) was an American jazz singer. Her best-known recordings were "Don't Go to Strangers" and "Save Your Love for Me". She worked with Buddy Johnson, Oliver Nelson, Earl Hines, Barney Bigard, Kenny Burrell, Milt Jackson, Cedar Walton, and Houston Person.

Jones was born in Aiken, South Carolina, United States, and raised in Harlem, New York. Still in her teens, she joined Buddy Johnson's band for a nationwide tour although she was not featured on record. Her first recordings—"Salty Papa Blues", "Evil Gal Blues", "Blow Top Blues", and "Long, Long Journey"—were produced by Leonard Feather in 1944, placing her in the company of clarinetist Barney Bigard and tenor saxophonist Georgie Auld. In 1947, she recorded and released an early cover version of Leon Rene's "I Sold My Heart to the Junkman" (previously released by the Basin Street Boys on Rene's Exclusive label) while at RCA Victor Records. She performed with the Earl Hines sextet from 1949 to 1952.

Following her recordings for Prestige, on which Jones was featured with high-profile arrangers such as Oliver Nelson and jazz stars such as Frank Wess, Roy Haynes, and Gene Ammons, she had a musical partnership of more than thirty years with tenor saxophonist Houston Person, who received equal billing with her. He also produced her albums and served as her manager, after the pair met in one of Johnny "Hammond" Smith's bands.

Although Etta Jones is likely to be remembered above all for her recordings on Prestige, her close professional relationship with Person (frequently, but mistakenly, identified as Jones' husband) helped ensure that the last two decades of her life would be marked by uncommon productivity, as evidenced by a string of albums for Muse Records. In 1996 she recorded The Melody Lingers On, the first of five sessions for the HighNote label.

Her last recording, a tribute to Billie Holiday, was released on the day of Jones' death. Only one of her recordings—her debut album for Prestige Records (Don't Go to Strangers, 1960)—enjoyed commercial success with sales of over a million copies. Her remaining seven albums for Prestige and, beginning in 1976, her twelve recordings for Muse Records, and seven recordings for HighNote Records secured her a devoted following.

She died in Mount Vernon, New York, at the age of 72 from cancer. She was survived by her husband, John Medlock, and a granddaughter.

To learn more about the artist, please visit
https://en.wikipedia.org/wiki/Etta_Jones
Back