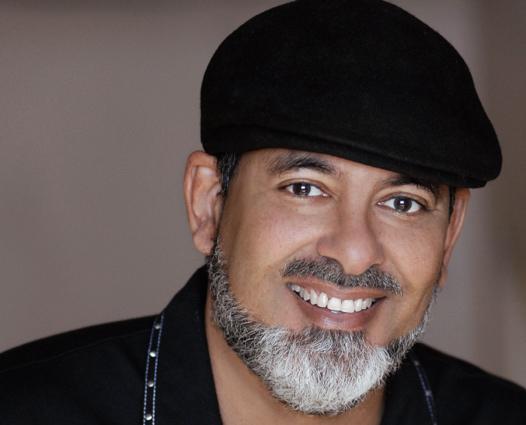 Leon Frank Sylvers III (born March 7, 1953, Memphis, Tennessee) is an American singer, songwriter, record producer and multi-instrumentalist. He was a member of the family group The Sylvers and became one of the most successful producers in black music in the late 1970s to the mid-1980s through his association with Dick Griffey's SOLAR Records.

Leon Sylvers first rose to prominence in the early 1960s as a member of The Little Angels harmony vocal group featuring his siblings (Olympia, Charmaine, and James). During this time they appeared on variety shows such as Make Room for Daddy, You Bet Your Life, and The Spike Jones Show. Following their parents' divorce, Leon and his older siblings went to live with various relatives before reuniting with their mother Shirley and their four younger siblings in Los Angeles, California. In 1970, Leon entered the family act, which now included younger brothers Edmund and Ricky, into a local talent contest. They won that talent contest hands down due to their versatility, choreography, and harmonies. The impresario Mike Curb signed them to MGM Records in 1971 and marketed them as The Sylvers.

Leon wrote his first hit single "Wish That I Could Talk to You", which was on the family's debut album called The Sylvers. He also penned his brother Foster Sylvers' Top 10 US R&B chart single "Misdemeanor" which was a hit during summer of 1973. For the next several albums, Leon would continue writing songs on his family's albums which included 1977's Top 10 US R&B chart single "High School Dance".

In 1978 Leon produced The Sylvers most critically acclaimed album, Forever Yours. By mid 1978, Leon left the group to become the in-house producer for Dick Griffey's SOLAR Records. Sylvers started his major production career with the band Lakeside on their album Shot of love which was Top 10 on Top R&B Albums. This would also be the year that Leon's association with Shalamar would begin, starting with the Disco Gardens album which included the disco classic "Take That to the Bank". 1979 would become an even bigger year. Shalamar's next album Big Fun was an even bigger smash landing at #4 on the Top R&B Albums charts and was certified gold. The first single, "The Second Time Around", was a hit record number one on both the US R&B charts and number eight on the US Top 40|Top 10. Leon also co-produced Lakeside's Rough Riders album. That same year he created the group Dynasty along with Dick Griffey.

The 1980s started off well for Leon: in 1980, he produced albums for SOLAR acts such as Shalamar, The Whispers, Dynasty, Carrie Lucas, and the first album by Midnight Star. One song he wrote and co-produced for The Whispers was the number one US R&B and US Dance hit, "And the Beat Goes On", which would be one of Sylvers' biggest achievements. This would be the year that Leon would be involved on projects outside of the SOLAR Records family such as his Gene Page single "Love Starts After Dark" and 7th Wonder's song "The Tilt".

In 1981, Shalamar would chart with their Three for Love album at number eight on the US Top Soul Albums. The album would be certified Gold. The Whispers' "It's a Love Thing" was another R&B smash which helped propel the Imagination album to number three on the Top Soul Albums charts. At this time, Leon joined Dynasty, and married Nidra Beard, also a member of Dynasty. Around the same time, Leon produced his old family group (The Sylvers), who had signed with SOLAR. Neither The Second Adventure by Dynasty and Concept by The Sylvers, which Leon produced, were hits. These albums would be two of the few disappointments of the year for Leon.

In 1982, Leon produced Shalamar's album Friends. The album topped the US Top R&B Albums chart, propelled by the single "A Night to Remember", which reached number eight on the US R&B charts. The album would be certified Platinum. Leon spent the next couple of years producing hit songs for The Whispers ("In the Raw", "Tonight"), Gladys Knight & The Pips ("Save the Overtime (For Me)"), Tavares ("Ten to One") among others. In that same year, he served as mentor to the production team Jimmy Jam and Terry Lewis.

By 1984, Leon was involved with fewer hits due to the changing climate in R&B music. He did have some success with Glenn Jones' second album Finesse, and some tracks for The Whispers album So Good. Between 1984 and 1988 Leon would have moderate success with Five Star ("Another Weekend", "Rock My World"), Evelyn "Champagne" King ("Flirt," "Hold On to What You Got"), Stacy Lattisaw ("You Ain't Leavin'"), The Spinners, Howard Hewett ("I Commit to Love"), Krystol ("After the Dance Is Through)). In 1989, Leon finally recorded a solo album for Motown Records, called simply Leon Sylvers III, but it failed to chart.

In the '90s Leon would work with R&B New Jack Producer Teddy Riley on his group Blackstreet's debut album Blackstreet. Leon helped co-write Blackstreet's US Top 10 hit "Before I Let You Go". Leon would also work with Riley again this time helping write two songs on New Kids on the Block's Face the Music as well as the song "Love Online" on Guy's reunion album Guy III.

In 2009, Sylvers produced an album from N'dambi, Pink Elephant, which included songs written by Sylvers and his son, Leon Sylvers IV.

In 2011, he remixed Gladys Knight's new single, a re-recording of the Leiber/Stoller classic "I (Who Have Nothing)", a recording produced by his son, Leon Sylvers IV.

In 2015, Sylvers collaborated with Dâm-Funk on his third album Invite The Light. Sylvers once served as a mentor to Dâm-Funk in the early 90's.

To learn more about the artist, please visit
https://en.wikipedia.org/wiki/Leon_Sylvers_III
Back