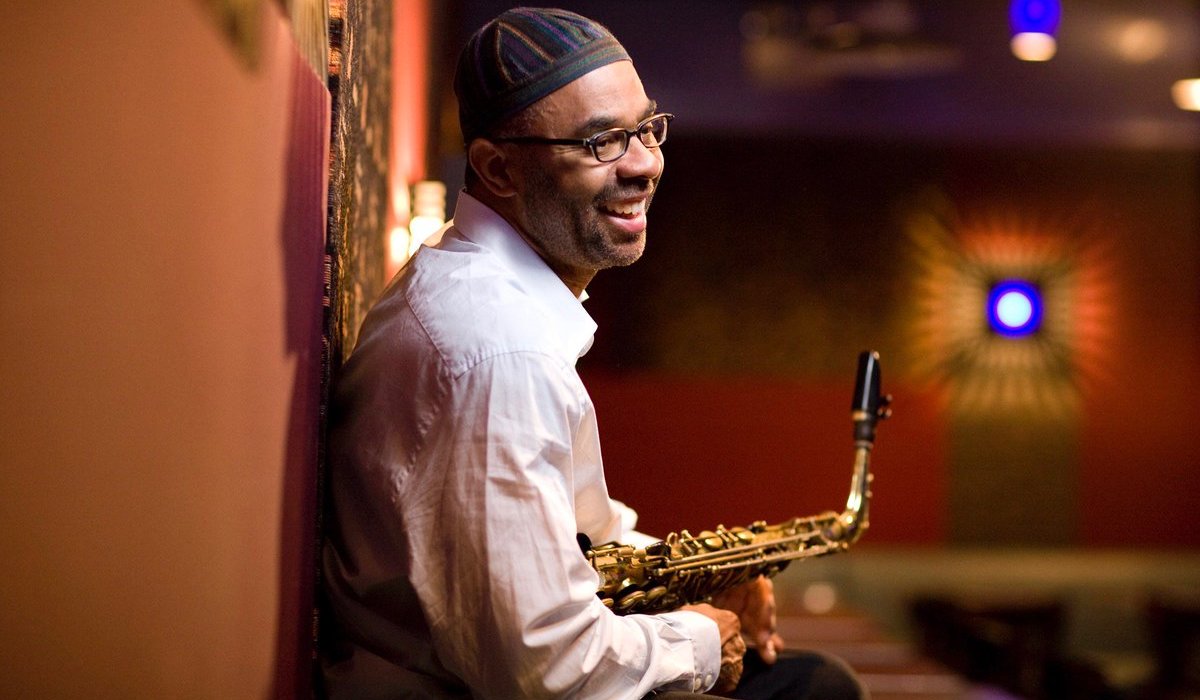 Kenny Garrett (born October 9, 1960) is a Grammy Award-winning American post-bop jazz saxophonist and flautist who gained recognition in his youth as a member of the Duke Ellington Orchestra and of Miles Davis's band. Since then, he has pursued a solo career.

Kenny Garrett was born in Detroit, Michigan, on October 9, 1960; he is a 1978 graduate of Mackenzie High School. His father was a carpenter who played tenor saxophone as a hobby. Garrett's own career as a saxophonist took off when he joined the Duke Ellington Orchestra in 1978, then led by Duke's son, Mercer Ellington. A few years later he performed in the Mel Lewis Orchestra, playing the music of Thad Jones, and also the Dannie Richmond Quartet, focusing on Charles Mingus's music.

In 1984, he recorded his first album as a bandleader, Introducing Kenny Garrett, on the CrissCross label. He then recorded two albums with Atlantic Records: Prisoner of Loveand African Exchange Student. Since 1990 the majority of Garrett albums are co-produced by pianist/composer Donald Brown. Garrett signed to the Warner Bros. Records label, and beginning with Black Hope, in 1992, he has continued to record with them. Among his recordings on Warner Bros. are Pursuance: The Music of John Coltrane, recorded in 1996, and Songbook, his first album made up entirely of his own compositions, recorded in 1997 and nominated for a Grammy Award. During his career, Garrett has performed and recorded with many jazz greats such as Miles Davis, Art Blakey, Joe Henderson, Brad Mehldau, Freddie Hubbard, Woody Shaw, McCoy Tyner, Pharoah Sanders, Brian Blade, Marcus Miller, Chick Corea, John McLaughlin, Herbie Hancock, Bobby Hutcherson, Ron Carter, Elvin Jones, and Mulgrew Miller. Garrett's music sometimes exhibits Asian influences, an aspect which is especially prevalent in his 2006 Grammy-nominated recording, Beyond the Wall.

Garrett is best known in many circles for the five years he spent playing with Miles Davis during Davis's electric period, and has stated that he has become accustomed to this association:

I was in Miles' band for about five years. I think that tag will always be there. That is five years of my life. That's the only musical situation that I was there longer than a year. It was a good five years. I have gotten used to that. Some people became aware of me through Miles and then they would come to my concerts. I think that is part of my history and I am proud of that. I am still trying to carve out my own name and my own music. I just look at it as a part of history and it is going to be there. Every time they mention Kenny Garrett, there will probably be some association with Miles Davis, but at the same time, when they mention Herbie Hancock, they always mention Miles Davis, or Wayne Shorter. You get used to it after a while. (allaboutjazz.com)

Garrett's live album Sketches of MD: Live at the Iridium, featuring Pharoah Sanders, was released on September 23, 2008. On his website, KennyGarrett.com, he stated that his band at the time consisted of electric bass and organ.

Garrett performed in a world tour in 2008–2009 with Corea, McLaughlin, Christian McBride and Blade/Vinnie Colaiuta as the "Five Peace Band". The CD Five Peace Band – Live won a Grammy Award in 2010.

In 2011, Garrett was presented with an Honorary Doctorate in Music from Berklee College of Music, Boston, Massachusetts. Garrett also was the Commencement Speaker for graduates.

On September 17, 2013, Garrett released his second studio album for Mack Avenue Records, Pushing the World Away. The album received a Grammy nomination in the Best Jazz Instrumental Album category that year. Garrett also won the 2013 Down Beat Readers Poll for the second consecutive year, which brought his total number of wins in the alto saxophone category to 8.

On July 8, 2016, Garrett released his third studio album for Mack Avenue Records, Do Your Dance!

Garrett has been a resident of Glen Ridge, New Jersey.

Garrett was described as "The most important alto saxophonist of his generation" by the Washington City Paper and "One of the most admired alto saxophonists in jazz after Charlie Parker" by The New York Times.

To learn more about the artist, please visit
https://en.wikipedia.org/wiki/Kenny_Garrett
Back