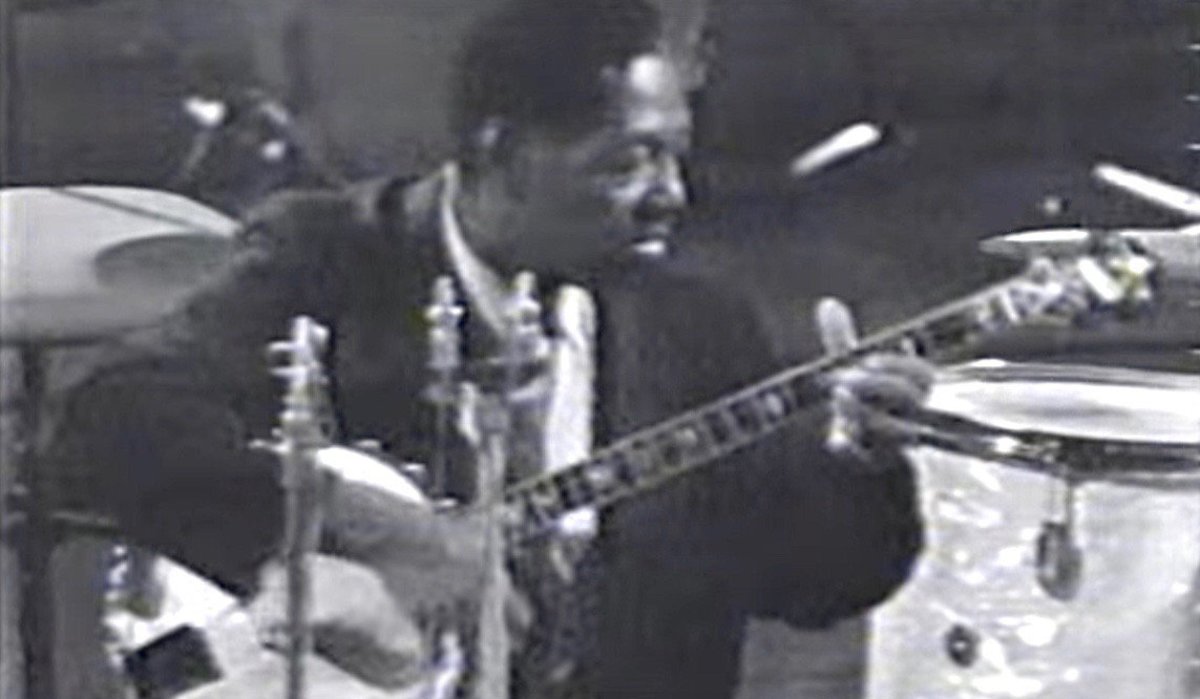 Elmer Chester Snowden (October 9, 1900 – May 14, 1973) was a banjo player of the jazz age. He also played guitar and, in the early stages of his career, all the reed instruments. He contributed greatly to jazz in its early days as both a player and a bandleader, and is responsible for launching the careers of many top musicians. He has been largely overlooked in jazz history.

Elmer Snowden was born in Baltimore to Gertude Snowden, and had a brother, James. His mother worked as a laundress, but by the time of the 1917 World War I draft registration of 1917, a month before his 17th birthday, he was already listing his occupation as "musician," while living with his mother, and the 1920 Federal Census found him still living at home, employed as a "musician in a dance hall."

Snowden was the original leader of the Washingtonians, a group he brought to New York City from the capital in 1923. Unable to get a booking, Snowden sent for Duke Ellington, who was with the group when it recorded three test sides for Victor that remain unissued and are, presumably, lost. Ellington eventually took over leadership of the band, which contained the nucleus of what later became his famous orchestra.

Snowden made numerous appearances as a session musician, sideman, or accompanist on almost every New York City label from 1923 on, often in trios with Bob Fuller on clarinet and Lou Hooper on piano. Although these musicians accompanied dozens of well-known female blues singers, they rarely received named credit, except for two sides with Bessie Smith in 1925, and six sides with the Sepia Serenaders in 1934.

Very active in the 1920s as an agent and musician, Snowden at one time had five bands playing under his name in New York, one of which was led by pianist Cliff Jackson. Most of his bands were not recorded, but a Snowden band that included Eldridge, Al Sears, Dicky Wells and Sid Catlett appeared in a 1932 film, Smash Your Baggage.

Although Snowden continued to be musically active throughout his life, after the mid 1930s, with the retirement of his long-time musical partner Bob Fuller, his career was one of relative obscurity in New York. He continued to play throughout the 30s, 40s and 50s, but was far from the limelight. After a dispute with the musicians' union in New York, he moved to Philadelphia, where he taught music, counting among his pupils pianist Ray Bryant, his brother, bassist Tommy Bryant, and saxophonist Sahib Shihab (Edmond Gregory).

Snowden was working as a parking lot attendant in 1959 when Chris Albertson, then a Philadelphia disc jockey, came across him. In 1960, Albertson brought Snowden and singer-guitarist Lonnie Johnson together for two Prestige albums, assembled a quartet that included Cliff Jackson for a Riverside session, Harlem Banjo, and, in 1961, a sextet session with Roy Eldridge, Bud Freeman, Jo Jones, and Ray and Tommy Bryant—it was released on the Fontana and Black Lion labels.

In 1963, his career boosted, Snowden appeared at the Newport Jazz Festival. He then moved to California to teach at the University of California, Berkeley, and played with Turk Murphy as well as taking private students for lessons in guitar and banjo. He toured Europe in 1967 with the Newport Guitar Workshop.

To learn more about the artist, please visit
https://en.wikipedia.org/wiki/Elmer_Snowden
Back