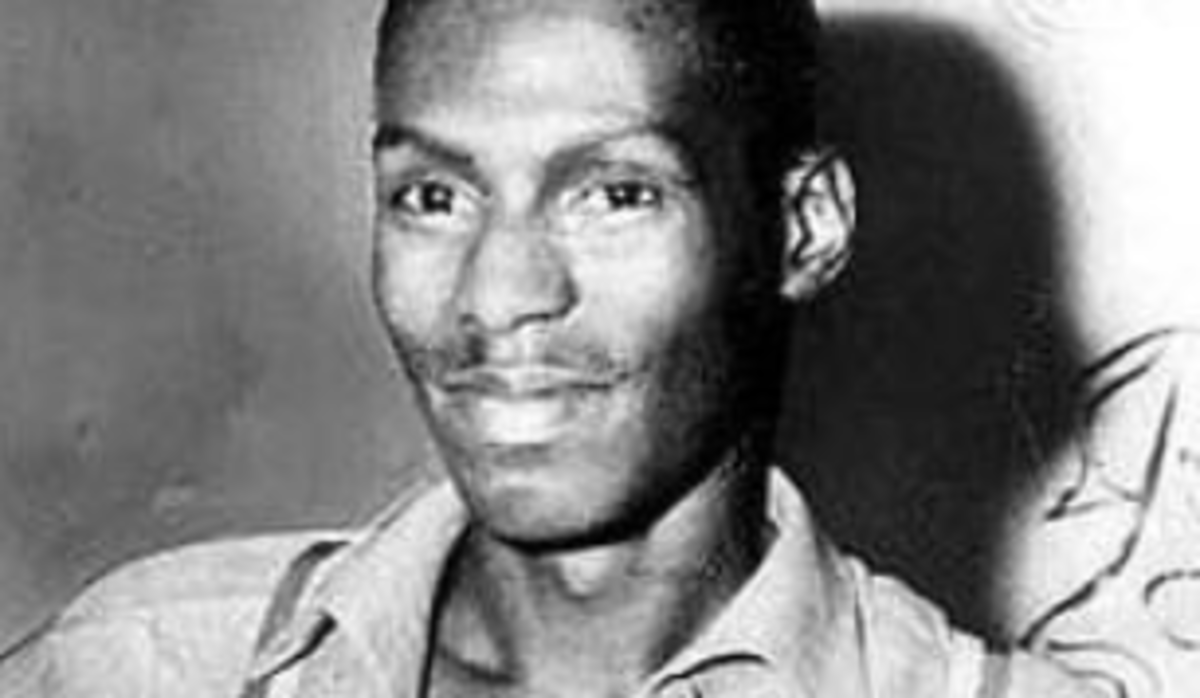 Willie Lee Egan (born October 1, 1933 in Minden , Louisiana, † August 5, 2004 in Los Angeles ), often wrongly referred to as Willie Egans or Willie Eggins , was an American R & B singer and pianist. Active in the 1950s in Los Angeles, he disappeared in the early 1960s from the public and had only in the 1980s a much-noticed comeback as a blues artist.

Willie Egan was born in an impassable swampy area near Minden, Louisiana. At age nine, he moved to Los Angeles with his grandmother, where he learned the boogie-woogie piano playing on his uncle's piano. Willie named Amos Milburn , Hadda Brooks , Camille Howard and Nellie Lutcher as his main influences, his singing is also a great resemblance to Little Willie Littlefieldcertified. On his first single for the label Elko Records in 1949, he anticipated with his hammering right hand, the rock 'n' roll piano Jerry Lee Lewis '. [1]

Only six years later, he was hired by A & R manager Mike Gradny for the Vita / Mambo label. He played Do not Know Where She Went with guitarist Lloyd Rowe . Soon after came out with Wow Wow his most successful record at the time. The next single Sometimes I Wonder wore as the successors of the false artist name Willie Egan. Willie also starred as a session musician recording the Squires , Colts and Chavelles on their Vita recordings. [1]

After Vita Records stepped out of the R & B business, came in 1957 still a single on Gradny's Spry Records and 1958 on Vita boss Larry Mead's own Rays Records out: Baby, Baby, Baby was a collaboration with Marvin Phillips , who since 1954 with different partners the Doo-Wop duo Marvin & Johnny had formed. In the same year, accompanied by the Johnny Otis band with Rock and Roll Fever on Dash Records came the second biggest success Egans. [1]

For 1962/63 Willie Egan is again as "Johnny" called by Marvin & Johnny, [2] [1] while others discographies of the recordings on the label Swingin 'Records call Emory Perry as a partner of Marvin Phillips. [3] [4] During this time, Willie also tried to make a fresh push his solo career, but lost in the fire of a club his entire musical equipment. He then retired from the show business and became a nurse in a clinic in Los Angeles. [1]

In 1983, a compilation of Willie Egan's hits came out in Europe under the title Rock and Roll Fever . The English bootleg label Krazy Kat Records believed Egan had already passed away. Promoter Steve Brigati visited Egan in Los Angeles and offered him a concert with Chuck Higgins and Big Jay McNeely at the Electric Ballroom in London . Then Egan recorded for Ace Recordshis only studio album called Going back to Louisiana . [2]

To learn more about the artist, please visit
https://de.wikipedia.org/wiki/Willie_Egan
Back