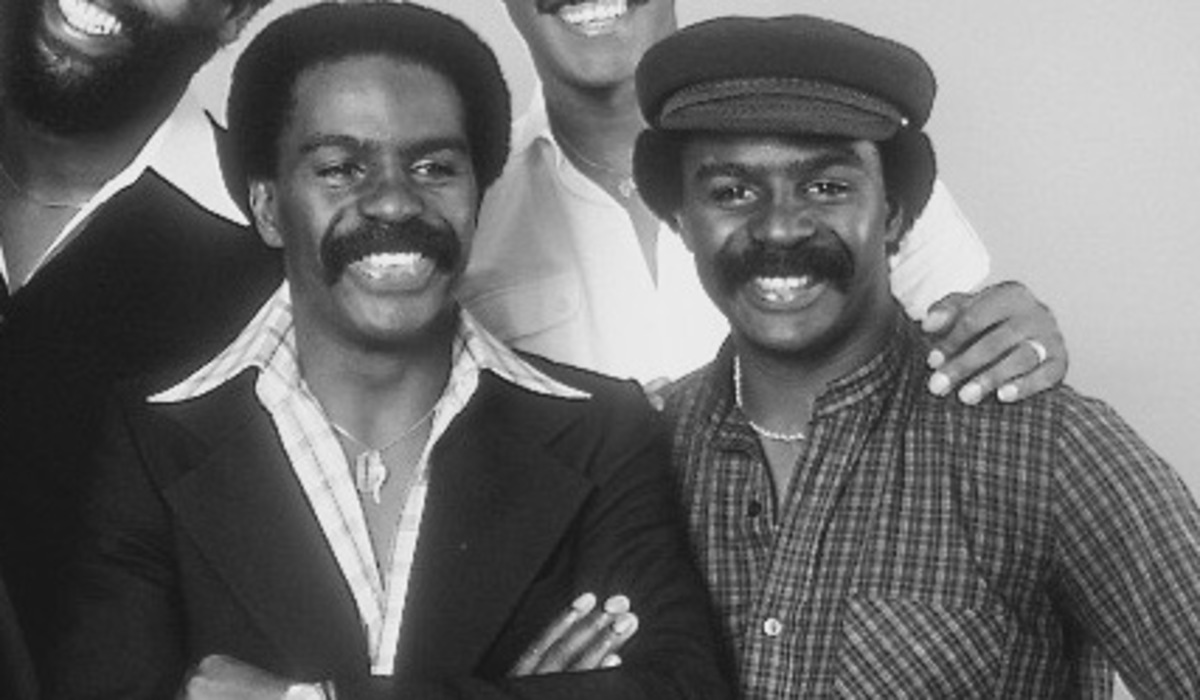 The Whispers are an American group from Los Angeles, California, who have scored hit records since the late 1960s. The Whispers were inducted into the Vocal Group Hall of Fame in 2003, and were winners of the Rhythm and Blues Foundation's Pioneer Award in 2008. By popular vote, the group was inducted into The SoulMusic Hall Of Fame at SoulMusic.com in December 2012, and The Official R&B Music Hall of Fame in 2014.

The Whispers formed in 1964 in Watts, California. The original members included identical twin brothers Wallace "Scotty" and Walter Scott, along with Gordy Harmon, Marcus Hutson, and Nicholas Caldwell. After being invited to the San Francisco Bay Area in 1966 by Sly Stone, the group relocated to that area where they began developing a reputation as a show-stopping live act. Walter Scott was drafted to serve in the Vietnam War during that period for eighteen months, returning to the group in 1969 after discharge. After Harmon injured his larynx in a driving accident in 1973, he was replaced by former Friends of Distinction member Leaveil Degree.

After a series of singles on Los Angeles label, Dore, the group signed to a small LA label, Soul Clock, run by producer Ron Carson, who was responsible for their breakthrough hit, "Seems Like I Got To Do Wrong" in 1970. Moving to the larger New York-based Janus label, they continued to be produced by Carson, before he sold all of his recordings to Janus with the group then recording mainly in Philadelphia in the mid '70s. Since that period, most of their studio work has been done in Los Angeles. Their most successful period was in the 1980s with SOLAR Records (Sound Of Los Angeles Records), which was operated by their manager at the time, Dick Griffey. The Whispers later established their own production company, Satin Tie Productions, through which they released their independent 2006 album For Your Ears Only.

The group opened Game 2 of the 1989 World Series at Oakland–Alameda County Coliseum with their rendition of the National Anthem.

Marcus Hutson left the group in 1992 due to prostate cancer. According to the Whispers' website, when Hutson died of it in 2000, they vowed to never replace him and started performing as a quartet.

Jerry McNeil resigned his position as keyboardist in the latter part of 1993 in order to spend more time with his family. In 2014, The Whispers were inducted into The Official R&B Music Hall of Fame.

The Philadelphia soul songwriter team Allan Felder, Norman Harris, Bunny Sigler, and Ronnie Baker provided several of The Whispers' songs, including "A Mother for My Children" and "Bingo".

The Whispers were inducted into The Vocal Group Hall of Fame in 2003.

The Whispers were winners of the Rhythm and Blues Foundation's prestigious Pioneer Award in 2008.

SoulMusic Hall Of Fame at SoulMusic.com

To learn more about the artist, please visit
https://en.wikipedia.org/wiki/The_Whispers
Back