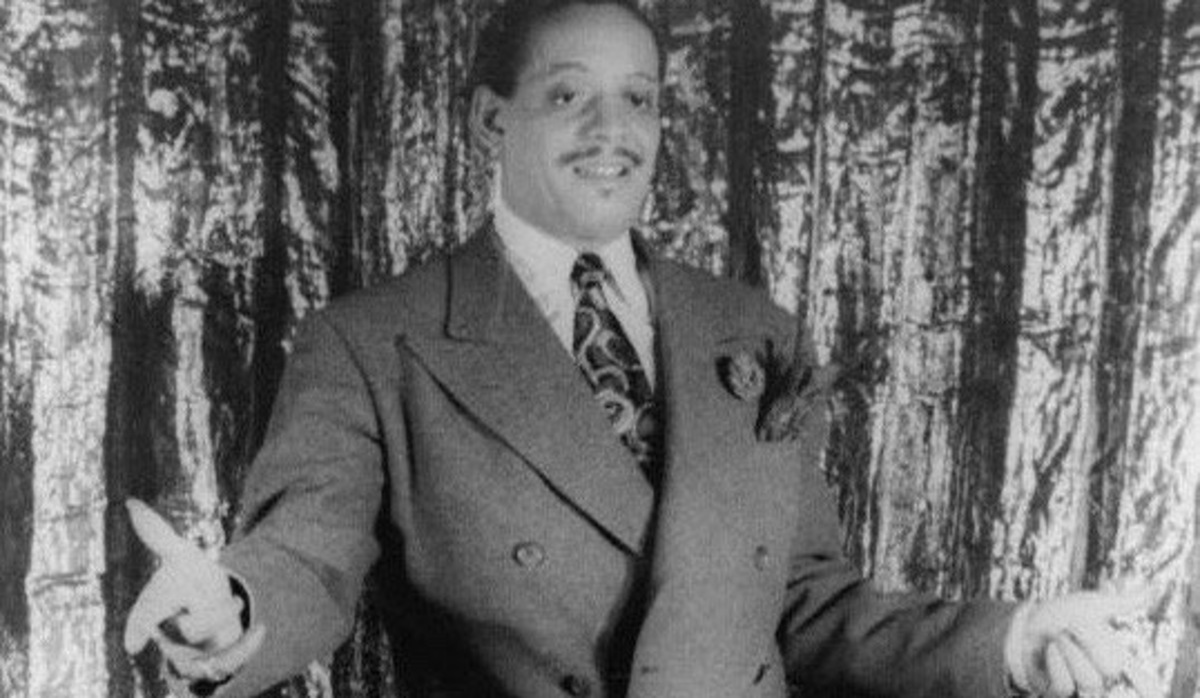 Myron Carlton "Tiny" Bradshaw (September 23, 1907 – November 26, 1958) was an American jazz and rhythm and blues bandleader, singer, composer, pianist, and drummer. His biggest hit was "Well Oh Well" in 1950, and the following year he recorded "The Train Kept A-Rollin'", important to the later development of rock and roll; he co-wrote and sang on both records.

Myron Carlton Bradshaw was born in Youngstown, Ohio, the son of Cicero P. Bradshaw and his wife Lillian Boggess. Bradshaw graduated from high school in Youngstown. After graduating from Wilberforce University with a degree in psychology, Bradshaw turned to music for a living. In Ohio, he sang and played drums with Horace Henderson's campus oriented Collegians. Then, in 1932, Bradshaw relocated to New York City, where he drummed for Marion Hardy's Alabamians, the Charleston Bearcats (later the Savoy Bearcats), and the Mills Blue Rhythm Band, and sang for Luis Russell.

In 1934, Bradshaw formed his own swing orchestra, which recorded eight sides in two separate sessions for Decca Records that year in New York City. The band's next recording date was in 1944 for Manor Records, at which point its music was closer to rhythm and blues. He recorded in 1947 for Savoy Records.

The band recorded extensively for the rhythm and blues market with King Records between late 1949 and early 1955, and had five hits on the Billboard R&B chart. His most successful record at the time was "Well Oh Well", which reached no.2 on the R&B chart in 1950 and stayed on the chart for 21 weeks. Two follow-ups, "I'm Going To Have Myself A Ball" (no.5, 1950) and "Walkin' The Chalk Line" (no.10, 1951) also made the chart before a break of almost two years.

What is now Bradshaw's best known recording was "The Train Kept A-Rollin'" (1951) — not a chart hit at the time — which passed from rhythm and blues history into rock's legacy. The song was recorded by Johnny Burnette & The Rock 'N' Roll Trio in 1956 and by The Yardbirds with Jeff Beck in 1965. It was covered again by Aerosmith in 1974 and by Motörhead in 1978. Furthermore, Jimmy Page reported in an interview that the first song played, at the very first rehearsal of what would become the English rock band Led Zeppelin was "The Train Kept A-Rollin'".

Bradshaw returned to the R&B chart in 1953 with "Soft" (no.3), an instrumental later recorded by Bill Doggett, and "Heavy Juice" (no.9). Both of these 1953 hits featured Red Prysock on tenor saxophone.

Bradshaw's later career was hampered by severe health problems, including two strokes, the first in 1954, that left him partially paralyzed. He made a return to touring in 1958. His last session that year resulted in two recordings, "Short Shorts" and "Bushes" (King 5114), which proved an unsuccessful attempt to reach out to the emerging teenage record market.

Weakened by the successive strokes as well as the rigors of his profession, Bradshaw died in his adopted hometown of Cincinnati from another stroke in 1958. He was 51 years old.

To learn more about the artist, please visit
https://en.wikipedia.org/wiki/Tiny_Bradshaw
Back