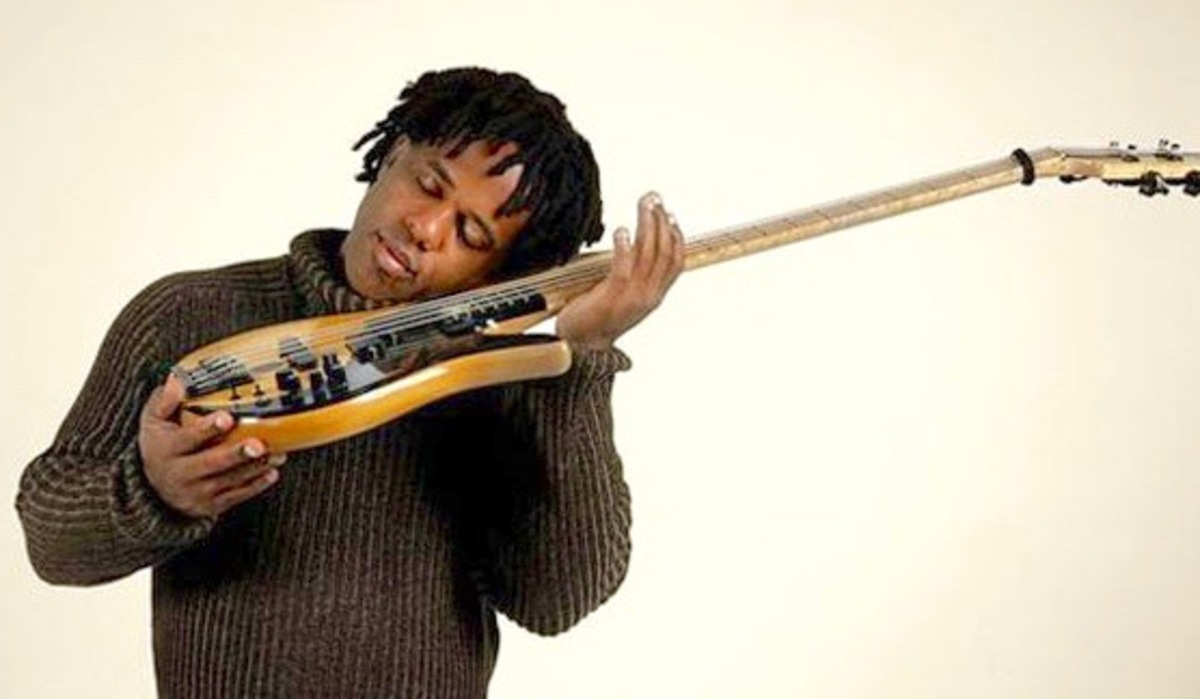 Victor Lemonte Wooten (born September 11, 1964) is an American bass guitarist, record producer, educator, and recipient of five Grammy Awards. He has been the bassist for Béla Fleck and the Flecktones since the group's formation in 1988 and a member of the band SMV with two other bassists, Stanley Clarke and Marcus Miller.

He owns Vix Records which releases his albums. He wrote the novel The Music Lesson: A Spiritual Search for Growth Through Music.

Wooten has won the Bass Player of the Year award from Bass Player magazine three times and is the first person to win the award more than once. In 2011, he was ranked No. 10 in the Top 10 Bassists of All Time by Rolling Stone magazine.

Born to Dorothy and Elijah Wooten, Victor is the youngest of the five Wooten Brothers; Regi, Roy, Rudy and Joseph Wooten, all of whom are musicians. Regi began to teach Victor to play bass when he was two, and by the age of six, he was performing with his brothers in their family band, The Wooten Brothers Band. As a United States Air Force family, they moved often when Wooten was young. The family settled in Newport News, Virginia in 1972. Wooten graduated from Denbigh High School in 1982. While in high school, he and his brothers played in the country music venue at Busch Gardens theme park in Williamsburg, Virginia. In 1987, he traveled to Nashville, Tennessee, to visit friends that he made at the theme park. One of them was a studio engineer who introduced him to Béla Fleck, with whom has often collaborated.

In 2000 Wooten created a music program called Bass/Nature camp that was expanded into Victor Wooten's Center for Music and Nature and includes all instruments. His camps are at Wooten Woods, a 147 acre retreat in Only, Tennessee, near Nashville. Wooten co-leads the "Victor Wooten/Berklee Summer Bass Workshop" at Berklee College of Music in Boston. At Berklee and his own camps, he collaborates with Berklee Bass Department chair, Steve Bailey. The two bassists have been teaching together since the early 1990s.

He was featured on the May/June 2014 cover of Making Music Magazine to discuss the camps.

Wooten is most often seen playing Fodera basses, of which he has a signature model. His most famous Fodera, a 1983 Monarch Deluxe he refers to as "number 1," sports a Kahler Tremolo System model 2400 bridge. Fodera's "Yin Yang" basses (co-designed by and created for Wooten) incorporates the Yin Yang symbol—which Wooten uses in various media—as a focal point of the top's design and construction. The symbol is created from two pieces of naturally finished wood (Ebony and Holly, for example), fitted together to create the Yin-Yang pattern.

As well as playing electric bass (both fretted and fretless) and the double bass, he played cello in high school. He still plays cello occasionally with the Flecktones as well as in the 2012 Sword and Stone/Words and Tones tour.

As leader or co-leader

With Béla Fleck and the Flecktones

To learn more about the artist, please visit
https://en.wikipedia.org/wiki/Victor_Wooten
Back