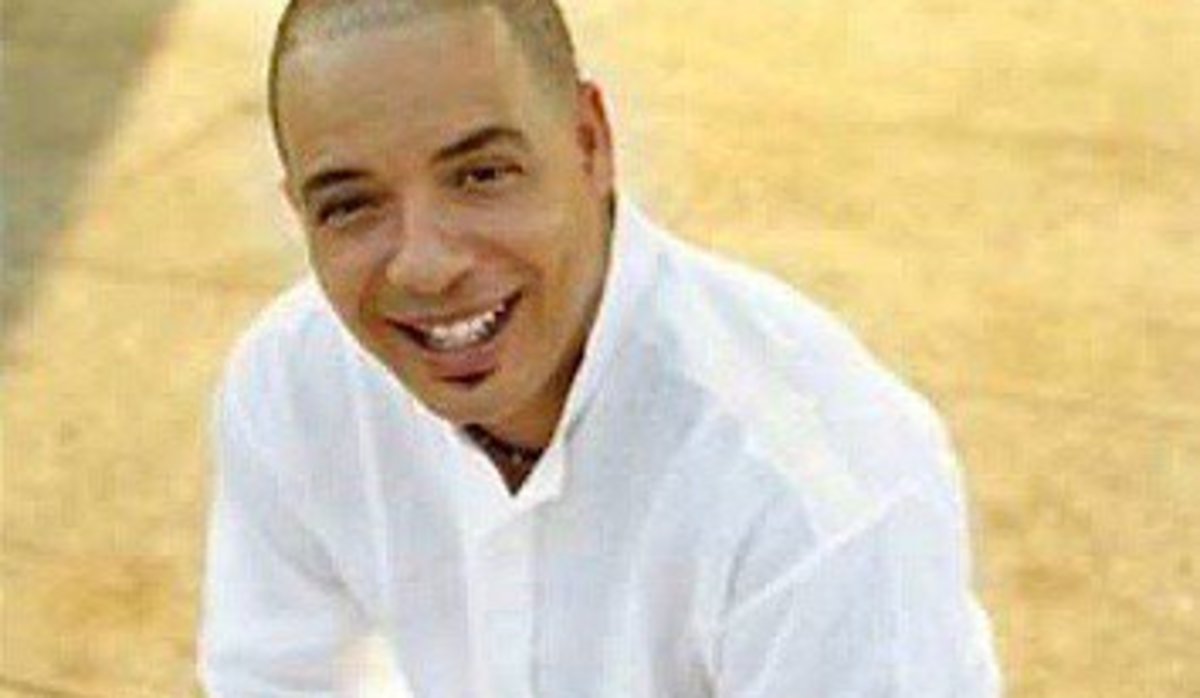 Issac Delgado (born Isaac Felipe Delgado-Ramirez on April 11, 1962 in Marianao, Habana, Cuba) is one of the founders of the band NG La Banda and is a popular salsa and timba performer.

His father, Luis Delgado, was a tailor and his mother, Lina Ramirez, was an actress, dancer and singer in the Teatro Musical de La Habana. When he was ten years old he entered the Amadeo Roldan Conservatory where he studied violoncello, an instrument that did not interest him. At twelve he left the conservatory, and pursued the study of sports and football. He later graduated in sport education. At 18, Isaac joined the group "Proyecto" at the request of the pianist, Gonzalo Rubalcaba. This sparked his innate love for music. It was at this point that he decided to study vocal technique with one of the best vocal instructors in Cuba, Mariana De Gonish. He also enrolled in the school for professional musicians, "Ignacio Cervantes".

Issac Delgado began his professional career in 1983 when he joined Orquesta de Pacho Alonso. He travelled internationally with the orchestra and recorded a CD with them, his first commercial recording. In 1987 he became the vocalist for Galaxia, who also recorded a CD.

NG la Banda and the birth of timba

In 1988, Delgado became the lead vocalist for the group NG La Banda. It was with this group that he found fame. NG was the band that launched the timba revolution, the first new popular Cuban music genre in decades. As NG's lead vocalist, Delgado was at the cutting edge of Cuban dance music. His singing talents soon brought him to superstar status within the fast-growing timba field. Delgado became one of timba's best composers and a uniquely creative melodic improviser. In concert he often improvises words and melodies for periods of several minutes. He recorded three CDs with NG and was awarded the EGREM prize for 1990-1991.

In 1991 Delgado put together his own band and recorded the CD, Dando La Hora under the artistic direction of Gonzalo Rubalcaba. This album received the 1992 EGREM Prize. His second CD, Con Ganas, again with Rubalcaba, received two EGREM prizes in 1993.

Perhaps inspired by his work with Rubalcaba and the virtuosos of NG La Banda, Delgado has tended to stock his band with the most sophisticated jazz musicians available and to give them an exceptional amount of creative freedom. The result has been a long string of unique and fascinating groups. It's almost easier to list the great Cuban pianists who haven't played in Delgado's band, but here's a partial list of those who have: Tony Pérez, Javier "Caramelo" Massó, Iván "Melón" Lewis, Pepe Rivero, Yaniel "El Majá" Matos, Roberto Carlos "Cucurucho" Valdés, Rolando Luna, Tony Rodríguez and Issacito Delgado

In 1994 he received another EGREM award for his CD El chevere de la salsa y el caballero del son. His next album was El Ano Que Viene. He later travelled to the United States to perform in the Festival of Salsa in New York's Madison Square Garden with Celia Cruz, El Canario, and Grupo Niche. In New York he recorded another album, Otra Ideal. In 1997 he performed at the festival, Guerra de la Salsa with La India, Rey Ruiz, and Tony Vega.

At this point in his career, Delgado was recording with both New York salsa musicians and Cuban timba musicians. Some of his recorded material sounds like salsa, but with distinctive timba elements periodically emerging to the surface. While some timba fans may have been disappointed hearing Delgado in a tamer and more polished salsa sound, the singer continued to record songs with leading timba musicians. Consequently, much of his post-NG material contains some of the most innovative instrumental accompaniment within the context of Cuban-style dance music.

The overall sound of Delgado's recordings from this period sound far more like salsa than timba, However, little details in the arrangements reveal the handiwork of some of Cuba's most important innovators. Delgado's 1994 hit "La sandunguita" (composed by his bassist Alain Pérez) took unprecedented liberties with clave, that are considered "sacrilegious" to old school musicians (Peñalosa 2012: 246). While such innovations further aggravated the salsa—timba clave schism, there is no disagreement that "La sandunguita" swings.

Delgado's most famous group (1996‐1998) was with Alain Pérez on bass and Iván "Melón" Lewis on piano. Of particular note was the band's ability to spontaneously change the arrangement during performances. They were able to produce changes spontaneously by using flexible rhythm section schemes allowing them to alter the form of an arrangement to fit the flow of each performance (Moore 2012: 91). When the entire rhythm section of this band moved to Spain, Delgado added Antonio "Pachá" Portuondo on timbales and Denis "Papacho" Savón on congas. He then convinced drummer Yoel Páez, bassist Joel Domínguez, and pianist Yaniel "El Majá" Matos to leave Paulito FG's band to join him.

The following piano guajeo (or piano tumbao), created by Lewis is from "No me mires a los ojos." It is a prime example of one of the most critical timba piano innovations—the idea that the piano tumbao be a "hook" by which the song can be identified and that contributes greatly to the song's popularity. There are three places where the left hand adds an extra note between two right hand notes, a technique never used before in timba, which has become a major timba piano innovation. Melón was the first to use it as a central part of his style (Moore 2010 pt. 6.). Listen: "No me Mires a los ojos" by Issac Delgado.

In 2006 Delgado walked across the U.S.-Mexico border into Laredo, Texas and defected, bringing with him only his family (his wife, Massiel Valdés, and his two daughters, Dalina and Alessia), talent and reputation. In May 2007 he released En primera plana. His album, Así soy was released in October 2008. Delgado moved to a condo in Miami, Florida after living in Tampa for a short period. In 2011 Delgado released a maxi-single with La India in four different versions titled, "Que no se te olvide."

To learn more about the artist, please visit
https://en.wikipedia.org/wiki/Issac_Delgado
Back