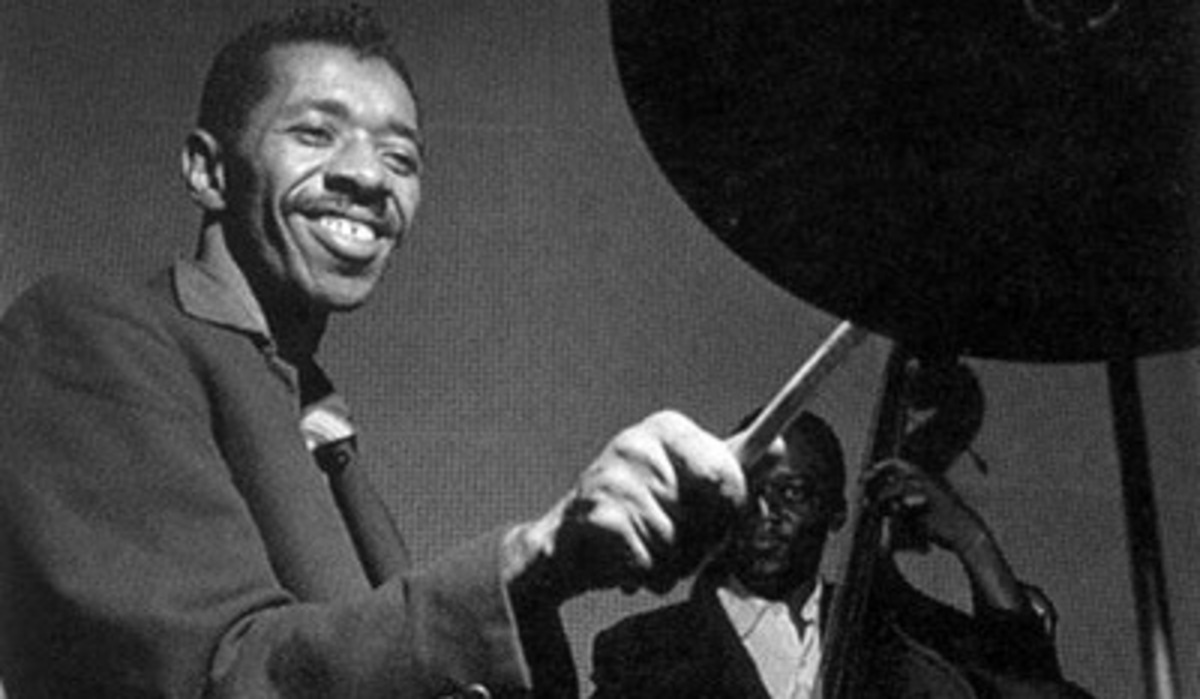 Joseph Rudolph "Philly Joe" Jones (July 15, 1923 – August 30, 1985) was a Philadelphia-born American jazz drummer, known as the drummer for the first "Great" Miles Davis Quintet. He should not be confused with another jazz drummer, Papa Jo Jones, who had a long tenure with Count Basie. The two men died only a few days apart.

As a child, Jones appeared as a featured tap dancer on The Kiddie Show on the Philadelphia radio Station WIP. He was in the US Army during World War II.

In 1947 he became the house drummer at Café Society in New York City, where he played with the leading bebop players of the day. Among them, the most important influence on Jones was Tadd Dameron. Jones toured and recorded with Miles Davis Quintet from 1955 to 1958—a band that became known as "The Quintet" (along with Red Garland on piano, John Coltrane on sax, and Paul Chambers on bass). Davis acknowledged that Jones was his favorite drummer, and stated in his autobiography that he would always listen for Jones in other drummers.

From 1958 Jones worked as a leader, but continued to work as a sideman with other musicians, including Bill Evans and Hank Mobley. Evans, like Davis, also openly stated that Jones was his all-time favorite drummer.

Between late 1967 and 1972 Jones lived in London and Paris, performing and recording with musicians including Archie Shepp, Mal Wadron and Hank Mobley. For two years (1967–69) Jones taught at a specially organized school in Hampstead, London, but was prevented from otherwise working in the UK by the Musicians' Union. His 1968 album Mo' Joe (also released as Trailways Express) was recorded in London with local musicians (including Peter King, Harold McNair, Chris Pyne, Kenny Wheeler and others).

After returning to Philadelphia, Jones led a fusion group called Le Grand Prix, toured with Bill Evans in 1976, recorded for Galaxy in 1977–79, and worked with Red Garland.

From 1981 he helped to found the group Dameronia, dedicated to the music of the composer Tadd Dameron, and led it until his death. He also played in two movies.

Jones died in 1985 of a heart attack at home in Philadelphia, Pennsylvania, at the age of 62. Jones' "combination of deep-toned tom-tom and bass drums with subtle swirls of cross-rhythm on cymbals was widely imitated".

With Milt Jackson and Wes Montgomery

To learn more about the artist, please visit
https://en.wikipedia.org/wiki/Philly_Joe_Jones
Back