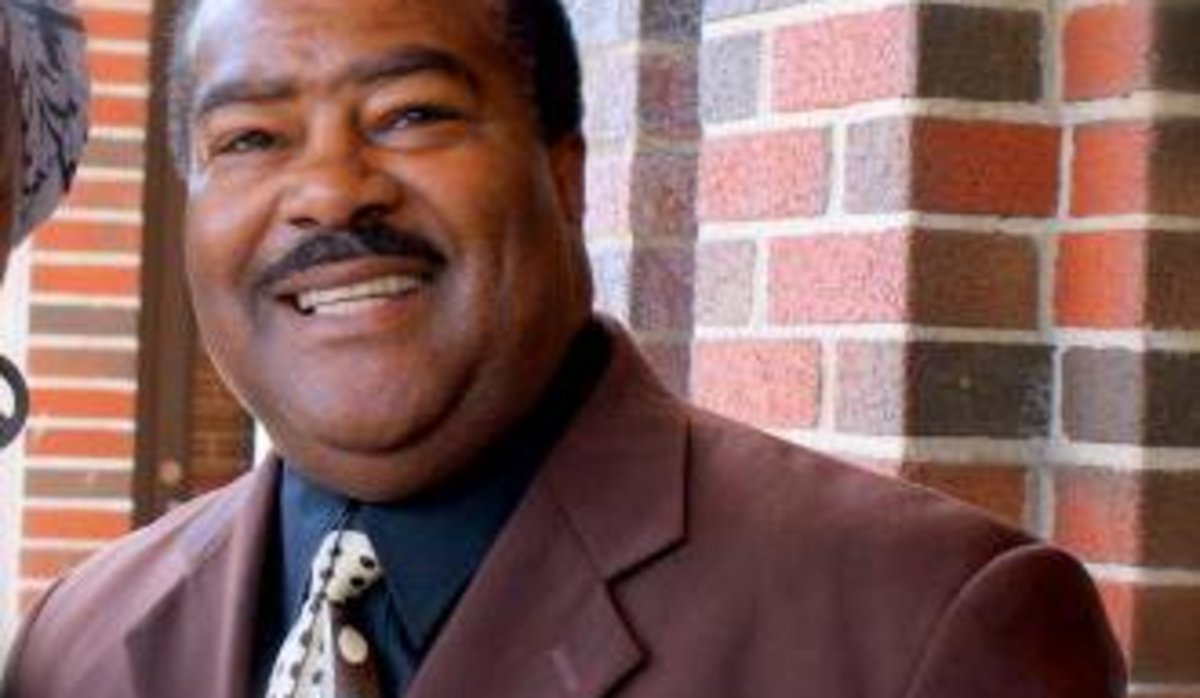 Blue Magic is an American R&B and Soul group, and one of the most popular Philadelphia soul groups of the 1970s. Founded in 1972, the group's original members included lead singer Ted Mills with Vernon Sawyer, Wendell Sawyer, Keith Beaton, and Richard Pratt. Their most notable songs included smooth soul ballads such as "Sideshow", "Spell", "What’s Come Over Me", "Three Ring Circus" and "Stop to Start."

Blue Magic was formed in Philadelphia, Pennsylvania in 1972 when former member of The Delfonics, Randy Cain, brought in singer-songwriter Ted Mills to do some writing with the Philly-based WMOT production company to create a new band. A short time later the group Shades of Love, featuring Keith Beaton, Richard Pratt, Vernon Sawyer and his brother Wendell, came in to audition. (According to Marc Taylor in his book 'A Touch of Classic Soul of the Early 1970s',[1] "although the group performed admirably, they lacked a standout lead singer".) The execs decided to replace the Toppicks, the act Mills recorded with. They inserted Shades of Love (which they owned contractually) with Ted Mills and retitled the group Blue Magic. They were signed with Atco Records through WMOT in the same year.

The group was one of the earliest acts produced by Norman Harris, a Philadelphia recording veteran. The group's harmonies were supported by the MFSB studio house band. Their first early song release in 1973 was "Spell" which went onto the Billboard R&B charts at number 30 (it was written and co-produced by Mills). They were known for making dreamy ballads and their choreographed stage moves.

Their second release was the uptempo "Look Me Up"; which reached number 36, stayed on the R&B chart for 11 weeks, and was popular on the early disco scene. Their next single was the ballad "Stop to Start". This hit was even more successful, reaching #14 on the Billboard R&B chart and #74 on the pop chart. The next single release became their first Billboard US Top 10 R&B and Pop hit, "Sideshow", It sold over one million copies, and was awarded a gold disc by the RIAA on August 16, 1974. It climbed to #8 on the Billboard Hot 100 and topped the R&B chart. The Blue Magic album also went Gold, and is considered a classic, as well as one of the best Philly soul albums of all-time. In addition to the four hit singles, it also included another Richard Dickson inspired creation, the hit ballad "What's Come Over Me", a 7-minute rendition of the Main Ingredient million seller "Just Don't Want To Be Lonely", the solid album closer "Tear It Down", and the uptempo "Welcome to the Club" (which would become a classic of the Chicago House Music scene in the late 1980s). The first single from their 1975 follow-up album The Magic of the Blue, entitled "Three Ring Circus", also sold well, reaching #36 in the pop chart and #5 R&B. MFSB guitarist Bobby Eli and Richard Dickson co wrote both "Sideshow" and "Three Ring Circus".

Because their biggest hits were slower songs, the group became known mostly for their ballads.

Success, their second album and their first world tour

The album Thirteen Blue Magic Lane in 1975 maintained the group's popularity and spawned their version of the popular dance number "We're On The Right Track", as well as the ballad "Chasing Rainbows". The song "What's Come Over Me" from their debut album was re-worked as a duet with Margie Joseph dubbed in alongside Mills' original lead vocals. The new approach saw the song climb to #11 on the R&B chart again in 1975.In total the group had two R&B chart singles in 1975 and four in 1976.

The group had their first world tour that year which lasted for 42 weeks. The tour included 48 states in the United States, five countries in Europe and a 10-day stay in the Philippines. They concluded their tour with a two-week engagement in the Virgin Islands.

Blue Magic were known also for their choreography. As a visually oriented group, they had several major television appearances, including Soul Train, The Mike Douglas Show, The Jerry Blavat Show, Dancin' On Air, and A.M. Philadelphia.

In April 1975, they were chosen as the best new group of the year which earned two Ebony Awards. The first was presented in New York City by Aretha Franklin, the second in Florida by the female recording artist Vanity.

They have shared the stage with other performers such as The Jacksons, Lionel Richie, The Commodores, Marvin Gaye, Gladys Knight and the Pips, Natalie Cole, The Temptations, The Four Tops, The Spinners, Earth, Wind & Fire, New Edition, The Stylistics, Mick Jagger and others.

The group also contributed background vocals for Alyson Williams and the Rolling Stones (on the song "If You Really Want To Be My Friend" from the album It's Only Rock 'n' Roll).

By 1977, the group's popularity had faded with the rise of disco and changing music styles, and despite the group continuing to record consistently they failed to chart. Subsequent label moves to Capitol Records for a reunion with Norman Harris (who had left two years earlier) and then the smaller label Mirage resulted in some smaller R&B charting, but no major success.

Background singer Richard Pratt left in the early 1980s. After sibling singers Vernon and Wendell Sawyer left, the remaining two members Mills and Beaton hired two other singers and traveled to Los Angeles, California to record with Skip Scarborough and some members of the popular group Earth Wind & Fire on the album Message from the Magic.

In 1988, the original group got back together and had some renewed popularity in late 1989 with the album, From Out of the Blue. Also in 1989, they appeared on the song "To Be Your Man", the third single from Big Daddy Kane's second album It's a Big Daddy Thing.

In 1990, The Amsterdam News carried the story of Mills' near-fatal car accident. After surgery in 1996, Mills returned to the music scene as a solo act, recording an album for Casablanca Records that year entitled This Magic Is Real, featuring the remake of "Tear It Down." The other members of the group brought in new lead Rod Wayne (real name Roderick Bronaugh), who remained with the group until 2004. Bronaugh now teaches at Tennessee State University. After Rod Wayne Wade Elliot sang lead

The 2000s and incidental work

Mills appeared in the touring play, Girl, He Ain't Worth It with The Manhattans, Meli'sa Morgan and Tito Jackson, and appeared in the play Looking For Love In All the Wrong Places. In 2007, Mills recorded the album 3 Tenors of Soul with Russell Thompkins, Jr., original lead singer of The Stylistics, and William Hart of The Delfonics released on Shanachie Records and produced by Bobby Eli.

Mills appeared and gave two concerts for the audiences at the 2014 Soul Train Cruise in February 2014 on the Holland America Eurodam.

Three versions of the band touring

Former lead vocalist Rod Wayne died in 2016. Former lead Ted Mills continues to pursue a solo career. The name was formally trademarked by Wendell Sawyer and Keith Beaton some years earlier. Richard Pratt and Vernon Sawyer each have their own versions of the group.

To learn more about the artist, please visit
https://en.wikipedia.org/wiki/Blue_Magic_(band)
Back