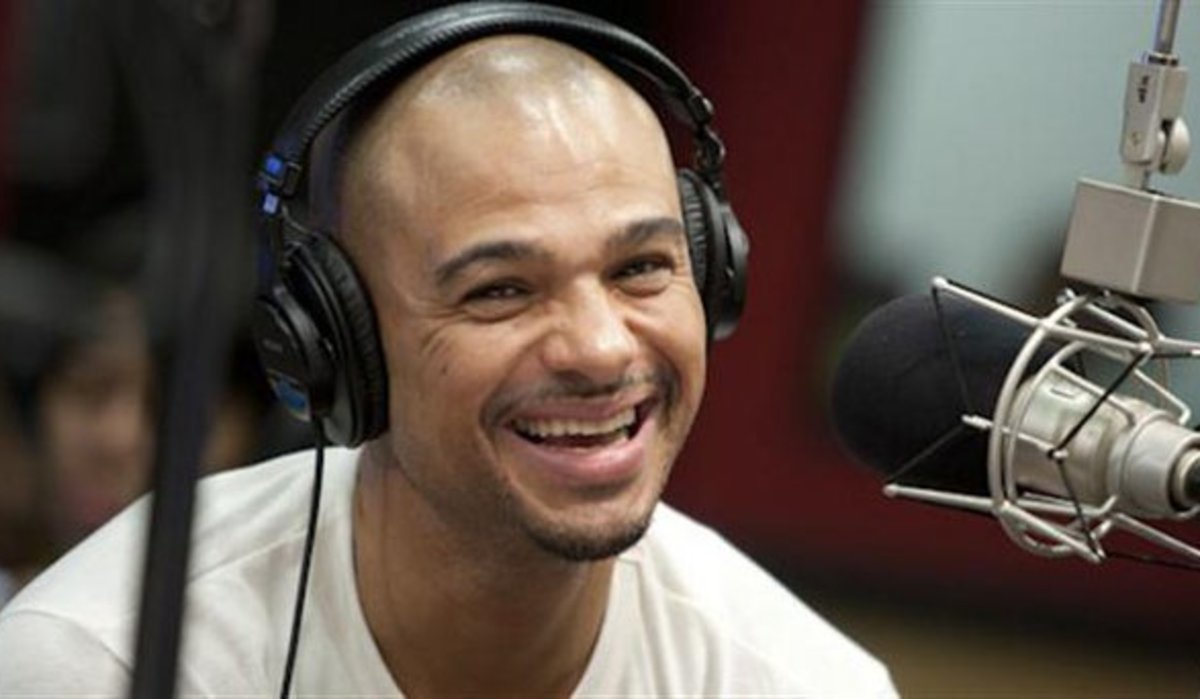 Jonathan Arthur "Chico" DeBarge (born June 23, 1966) is an American R&B singer and musician. DeBarge is a younger brother of the members of the Motown family act DeBarge. He is best known for his hit singles "Talk to Me," "Rainy Night," "Give You What You Want (Fa Sure)" and his 1997 breakthrough album Long Time No See.

He began a musical career of his own with Motown in the mid-1980s. His debut self-titled album was released in 1986 and featured the hit single "Talk To Me" (#21 US, #7 R&B). The album peaked at #90 on the Billboard 200 and released a follow-up single "The Girl Next Door" which charted on the R&B chart.

Two years later, he released a second album with Motown, Kiss Serious that included the hit R&B single "Rainy Night" (#18 R&B) plus "I've Been Watching You" (#43 R&B) and the title track (#53 R&B). However, he was imprisoned for drug charges not long after and served time in prison for drug trafficking.

After his release in the mid-1990s, DeBarge returned to Motown to continue his musical career under the auspices of Kedar Massenberg and his neo-soul pioneering label imprint Kedar Entertainment. His third album Long Time No See was released in November 18, 1997 to critical acclaim and was preceded by the single "Iggin' Me" which garnered considerable airplay. The album would spawn three additional singles: "Love Still Good," "No Guarantee" (a collaboration with Joe) and "Virgin" (#97 R&B). A non-album single "Soopaman Lover" followed in 1999 and peaked at #55 on the R&B chart.

His fourth album The Game was released on October 26, 1999 and peaked at #41 on the Billboard 200. The lead single "Give You What You Want (Fa Sure)" gave him one of his biggest hits (#71 US, #11 R&B) to date, and had a remix featuring rapper Trina released. The follow-up single "Listen To Your Man" (reuniting him with R&B singer Joe) peaked at #41 on the R&B chart. A third single (which did not appear on the album), "Playa Hater" was released in 2000.

He later moved to the independent record label, Koch Records, where he released 2003's Free (which peaked at #43 on the Billboard Independent Albums chart). It featured the single "Home Alone" which garnered some airplay.

In 2008, Chico DeBarge appeared in the video for Joe's single, "We're Family" off the Welcome Home, Roscoe Jenkins soundtrack.

His sixth studio album Addiction was released July 14, 2009 under Kedar Entertainment Group and included the single "Oh No" which peaked at #76 on the R&B chart.

On October 2, 2010, DeBarge performed with Glenn Jones, Lenny Williams and Regina Belle at the Performing Arts Center in Tampa, Florida.

In March 2017, he announced he's at work on a new studio album in addition to doing some work on a forthcoming DeBarge family album due in 2018.

In September 2017, he released his first new single in 8 years called "Feel Good" featuring Jim Jones and Capone Noel. Additionally, his 2003 album Free was remastered and re-released (as Free Remastered) to include 6 additional tracks.

In 2003, while touring in the Tyler Perry stage play "Why Did I Get Married?," DeBarge was stabbed by South Philadelphia Italian mafioso John "Johnny Gongs" Casasanto inside a Philadelphia nightclub due to an altercation with one of his associates. The stab wound was within inches of his kidney and lungs.

In 2007, DeBarge was arrested for drug possession in California and later went to rehab. In 2009, he admitted to addictions to heroin, cocaine and prescription medication and based his album, aptly titled Addiction, on his drug struggles.

To learn more about the artist, please visit
https://en.wikipedia.org/wiki/Chico_DeBarge
Back