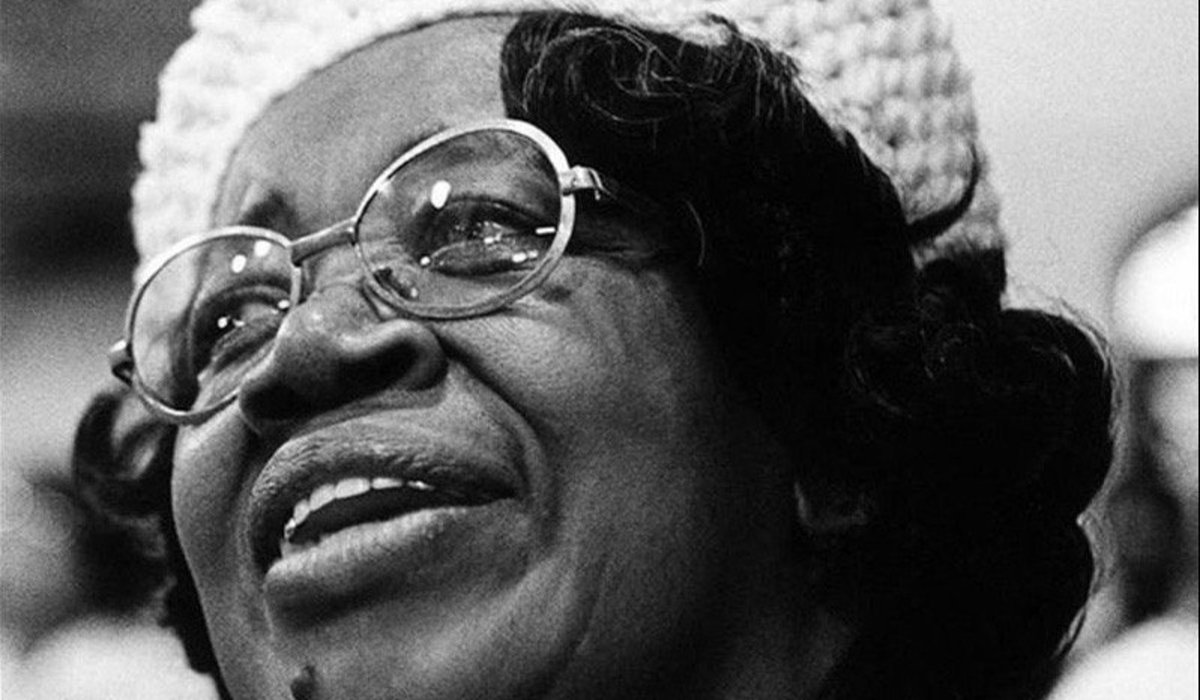 She was born in Rolling Fork, Mississippi on June 23, 1904, the seventh of fourteen children. Her family moved to Memphis, Tennessee when she was a child, and they moved again to St. Louis, Missouri when Smith was age 12. Her mother opened a restaurant in St. Louis, where Smith worked full-time, leaving school during the eighth grade. Her father was a railroad brakeman and a devoutly religious man. Raised in the Baptist church, she began singing with her sisters, Mary, Geneva, Lucille, and Emma, in a family group known as "The Ford Sisters". The group, and Willie Mae in particular, achieved wide recognition after an appearance at the 1922 National Baptist Convention, which was their first public performance.

After her sisters married and retired from the family group, Smith pursued a solo career. She had a high soprano voice, and thought about studying classical music, "but after hearing Artella Huchins sing gospel songs at the National Baptist Convention of 1926, she changed her career plans and devoted herself entirely to gospel music. She began singing professionally in churches in St. Louis and throughout the Midwest."

Based in St. Louis, Missouri, she was one of the early associates of Thomas A. Dorsey and was an innovator in gospel music, introducing the "song and sermonette" style that other singers, such as Shirley Caesar and Edna Gallmon Cooke, made popular.

She married James Peter Smith in 1927, who owned a general hauling business, and shortly after their marriage she began traveling in musical revivals to supplement the family income. In the late 1920s, she was ordained as a minister. Dorsey heard her in 1931 and asked to help him co-found (along with Sallie Martin) the National Convention of Gospel Choirs and Choruses, an organization devoted to spreading gospel music by training singers, choirs and composers. Smith served as the NCGCC's director for many years, and became the principal singing teacher as head of its Soloists' Bureau in 1936. She held that position until the late 1980s. Among her students were Myrtle Scott, Mahalia Jackson, and Brother Joe May, who gave her the affectionate name "Mother". Teaming with Roberta Martin, Smith demonstrated how to make even familiar hymns such as "Jesus Loves Me" into deeper personal statements by slurs, note bending and other personalized adornments.

Smith was also a major figure within the Baptist Church as the Director of its Education Department of the National Baptist Convention before she became a member of a Pentecostal denomination, the COGIC. She considered herself a preacher and imbued her singing and sermonettes with an evangelical fervor. She was noted for her finesse, control and subtlety, but could also, like her protégé Brother Joe May, belt out hymns.

While her singing and performance style were highly influential on others, she did not begin a recording career until 1950. She was also a composer, but even more influential as an arranger. Her reinterpretations of hymns such as "Jesus Loves Me", "Throw Out the Lifeline", and "What a Friend We Have in Jesus" influenced "a new generation of singers to include the songs in their repertoires".

Smith developed a fine sensitivity to slights from others who did not appreciate her firm sincerity or thought she could be cheated. She also developed a rivalry with Sallie Martin that lasted for as long as they lived; the movie Say Amen, Somebody, filmed when both of them were in their seventies, showed that the fires had only gone down, not out. She had two biological children, William and Jacqueline, and an adopted daughter Bertha who was also her accompanist.

Smith was a recipient of a 1988 National Heritage Fellowship awarded by the National Endowment for the Arts, which is the United States government's highest honor in the folk and traditional arts.

In 1990 Smith was inducted into the St. Louis Walk of Fame.

To learn more about the artist, please visit
https://en.wikipedia.org/wiki/Willie_Mae_Ford_Smith
Back