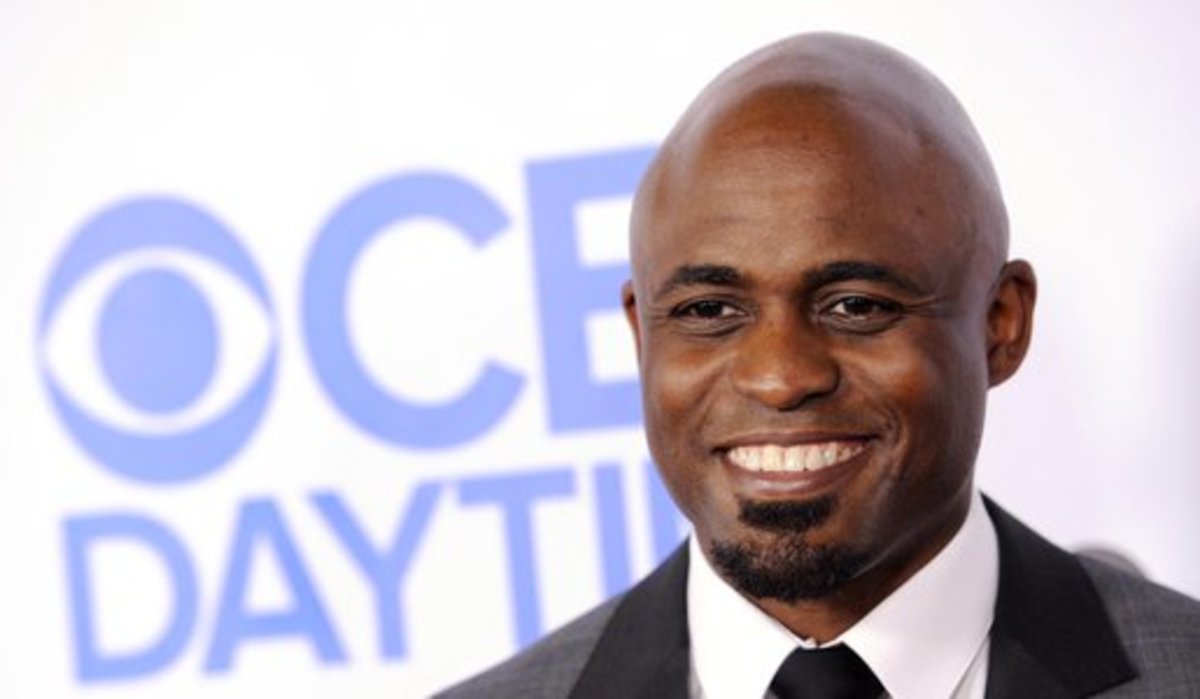 Wayne Alphonso Brady (born June 2, 1972) is an American actor, singer and comedian who was a regular on the American version of the improvisational comedy television series Whose Line Is It Anyway? He was the host of the daytime talk show The Wayne Brady Show, the original host of Fox's Don't Forget the Lyrics!, and has hosted Let's Make a Deal since its 2009 revival. Brady also performed in the Tony Award–winning musical Kinky Boots on Broadway as Simon and as drag queen Lola from November 2015 to March 2016.

Brady was born in Columbus, Georgia, to West Indian parents, and moved to Orlando, Florida, as a young child to live with his grandmother and aunt. Brady refers to his grandmother, Valerie Petersen, as his "mom", since she raised him. Brady is second cousin to professional footballer Jozy Altidore who currently plays for Toronto FC.

At 16, Brady started performing in community theater and at the Orlando improv troupe SAK Comedy Lab, where he first started developing his improv skills. He attended Dr. Phillips High School in Orlando, where he graduated in 1989. In 1990, he enrolled at the University of Miami. In 1996, he moved to Los Angeles, where he continued developing his acting skills.

Brady was one of the improvisational theater performers in the original (British) version of Whose Line Is It Anyway?, along with Ryan Stiles, Colin Mochrie, and host Clive Anderson in 1998 when the last season was filmed in Hollywood, after which he became a regular on the American version, hosted by Drew Carey, which was his first stateside television exposure.

In 2003, Brady won a Primetime Emmy Award for Outstanding Individual Performance in a Variety or Music Program for his work on the show, the only person to win the award for a television series, as opposed to a special, since Dana Carvey in 1993.

He went on to star in his own ABC variety show in 2001, The Wayne Brady Show, and a daytime talk show of the same name in 2002, which lasted two seasons and won four Daytime Emmy Awards, two of which went to Brady for Outstanding Talk Show Host. Brady guest-starred on The Drew Carey Show in 1999 and 2000 to take part in "Drew Live" and "Drew Live II". On the show, Brady played several games taken from Whose Line Is It Anyway? for the two episodes with other characters.

In 2004, Brady joined the Broadway revival of Chicago, playing the role of lawyer Billy Flynn. He appeared briefly in the final episode of the 2004 season of the comedy Reno 911!. He guest-starred on the Sci Fi Channel's hit series Stargate SG-1 as Trelak, the first prime of Goa'uld System Lord Ares. He made an appearance on Chappelle's Show, poking fun at his squeaky-clean persona.

Brady wrote and sang the theme song for Disney's animated series The Weekenders. In 2005, he sang and recorded Jim Brickman's original Disney song "Beautiful" (a cover of All-4-One's 2002 hit "Beautiful As You") and its Christmas version.

In 2006, Brady became the host of TV Land's That's What I'm Talking About, a talk show discussing the role of African-Americans in the entertainment industry. From August 29 to September 29, 2006, Brady hosted the Fox show Celebrity Duets.

Brady made several guest appearances on the CBS sitcom How I Met Your Mother, playing James Stinson, the gay brother of Neil Patrick Harris's character, Barney Stinson. Brady has also appeared as a guest star for the MTV show Wild 'N Out, and lent his voice to the Adult Swim show Robot Chicken.

Brady guest-starred in the CBC comedy, Getting Along Famously, alongside his Whose Line is It Anyway? costar Colin Mochrie. He has also appeared on the episode "You Don't Know Jack" on the television show Dirt, and also guest-starred on 30 Rock as Steven Black, Liz Lemon's date for the Source Awards. He co-hosted the short-lived VH1 show Vinyl Justice in 1998. In 2007, he starred in the ABC Family film The List. He starred in Flirt, a comedy pilot which was not picked up by the network.

Brady guest-starred as Julius Rock's gifted younger brother, Louis, in the sitcom Everybody Hates Chris, and hosted a singing game show called Don't Forget the Lyrics! on Fox until its cancellation in June 2009. He performs "Wayne Brady: Making $%!^ up" at the Venetian Hotel in Las Vegas, Nevada four nights a week.

He appeared on two episodes of Kevin Hill. Brady's debut album was released on September 16, 2008. Brady's version of Sam Cooke's "A Change is Gonna Come" earned him a Grammy Award nomination in the Best Traditional R&B Vocal Performance category.

Brady started hosting an updated version of the game show Let's Make a Deal for CBS in October 2009, which taped at the Tropicana Resort and Casino in Las Vegas and currently tapes in Los Angeles. The show replaced the soap opera Guiding Light, which ended its long-time run. The original host of Let's Make a Deal was Monty Hall, who served as consultant for the new show until his death in 2017. Drew Carey currently hosts The Price Is Right, and thus, both game shows in the CBS daytime lineup (as of September 2017) hold the distinction of being hosted by an alumnus of Whose Line Is It Anyway?

Brady was the guest host on the May 3, 2010, episode of WWE Raw, where he was involved in an in-ring segment with Edge and Randy Orton, eventually getting RKO'd by Orton. Later that year, in August, Brady played the role of Tom Collins in a staged production of Rentat the Hollywood Bowl. The production was directed by Neil Patrick Harris.

Brady appeared alongside Let's Make a Deal announcer Jonathan Mangum in two episodes of Fast and Loose, a new improvisational series on BBC2 hosted by Hugh Dennis, in January 2011. Then, with Holly Robinson Peete, he co-hosted the 42nd annual NAACP Image Awards on March 4, 2011.

On May 3, 2011, he appeared on Dancing With The Stars as the lead performer in a tribute to James Brown, celebrating what would have been Brown's 78th birthday in the Macy's Stars of Dance segment. He has also been a special guest of Drew Carey's Improv-A-Ganza on GSN.

Brady made a cameo in the 2011 song "Dedication To My Ex (Miss That)" by Lloyd featuring Lil Wayne and Andre 3000, narrating Lil Wayne's section of the song. He appeared as a special guest star in the March 14, 2012, episode of the TV series Psych.

Brady starred in the 2012 ABC improvisational comedy series Trust Us with Your Life, and returned for the revival of Whose Line Is It Anyway? in the summer of 2013.

In November 2015, Brady replaced Billy Porter as Lola in Kinky Boots on Broadway.

Brady assumed the lead role of Aaron Burr in the PrivateBank Theatre production of Hamilton in Chicago from January 17 to April 9, 2017.

In 2007, Brady became an official supporter of Ronald McDonald House Charities and is a member of their celebrity board, the Friends of RMHC.

In 2013, Bill Maher compared Brady to President Barack Obama, in that they were both supposedly "not black enough". Brady took issue with this statement, suggesting that Maher should "be careful when you make statements like that because it will allow his viewers to make the same stereotypical assumptions about black people."

As a child, Wayne struggled with stuttering due to a great deal of anxiety he felt from being bullied by other children.

Wayne has clinical depression and he had a mental breakdown on his 42nd birthday. He credits Taketa for helping him recover.

To learn more about the artist, please visit
https://en.wikipedia.org/wiki/Wayne_Brady
Back